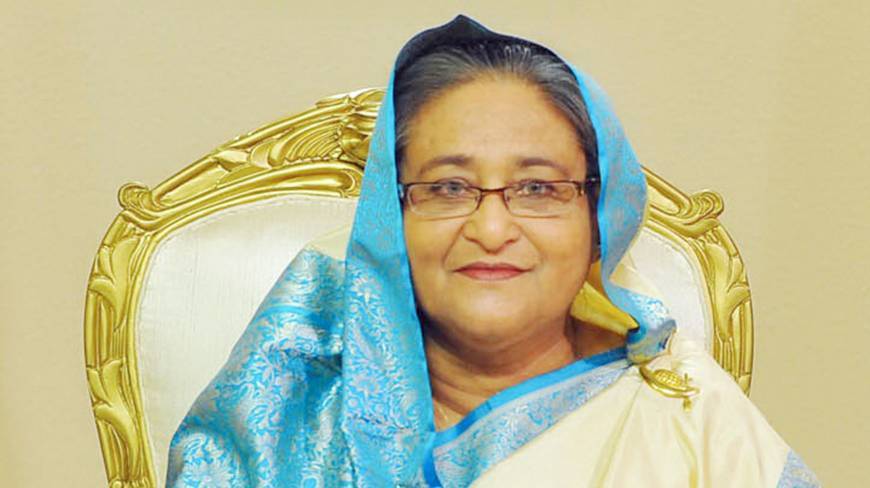 Prime Minister Sheikh Hasina on Wednesday vowed to make the railway a profitable sector saying that the government is working to bring the whole country under railway network.

“We want to show those who once wanted to shut down the non-profitable rail routes that these can be made profitable and modernised as well as all sorts of scope and facility for the people, including goods transport can be created through the railway,” she said.

The Prime Minister made the vow while flagging off the intercity train 'Kurigram Express' on the Kurigram-Dhaka-Kurigram route and launching newly-imported coaches of Rangpur Express and Lalmoni Express through a videoconferencing from her official residence Ganobhaban.

Sheikh Hasina said the railway is most popular among the common and middle-class people, but the BNP government had planned to shut down rail routes following the suggestion of international organisations saying that it was not profitable.

“I think it was a suicidal decision for our country because the common people choose rail for their communication. It’s essential for a country to have rail, water, air and road transport system,” she said.

The Prime Minister said her government has been implementing a massive programme to spread railway connectivity to every division including Barishal. “We’ve constructed many new rail routes and repaired many old rail lines,” she added.

“Our goal is to bring entire Bangladesh, even the southern part of the country, under railway network,” she said adding that the government will extend the railway network to Barishal, Mongla in Bagerhat, and Payra Port in Patuakhali.

Later, she exchanged views with the locals of Kurigram, Rangpur and Lalmonirhat through the videoconferencing.

While talking to the locals of Lalmonirhat, she said the government is establishing Bangabandhu Sheikh Mujibur Rahman Aviation and Aerospace University (BSMRAAU) in the northern district.

The Prime Minister hoped that Bangladesh will be able to make helicopters, planes and fighter planes from the aeronautical centre in Lalmonirhat in future as it can now build and export ships.

Principal Secretary Nojibur Rahman moderated the launching function, while Railways Secretary Md Mofazzel Hossain made an audio-visual presentation highlighting the development of the country railways sector in the last 11 years.