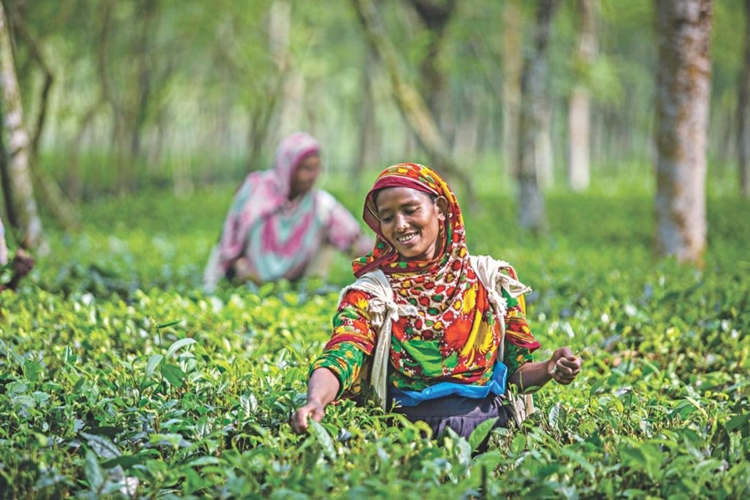 The government is set to establish a tea processing plant in the northern district of Panchagar, aiming to create a level playing field for all the tea planters, sources said.

They said the initiative has been taken to ensure a fair price for the tea farmers, especially the small-scale tea gardeners.

A three-member committee, led by a joint secretary of the commerce ministry, has already visited the region recently and viewed that a tea processing factory could be established in Panchagar district under the government initiative.

According to the committee report, it would create an open and fair competition between the state-owned and private sector tea factories and will protect the interest of the small-scale tea planters.

Besides, the report said, there is a huge demand for a processing plant from the stakeholders, including the farmers.

The members of the committee inspected six small-scale tea gardens during the visit and sat for an exchange of views meeting with the tea producers.

They informed the committee that they have to take serial numbers 15-20 days ahead of selling their green tea leaves. By then, the green tea leaves grow bigger. As a result, they said, the private factory owners do not pay a fair price for the bigger leaves - they often cut 50 percent of the actual price.

They (farmers) also alleged that the factory owners harass them in different ways and deprive them of fair prices.

When contacted, president of Bangladesh small tea gardeners' association Amirul Haque Khokon said, "Some tea processing factories were supposed to be established in the country's third tea hub under the government initiative as desired by the Prime Minister. But, it has not been implemented yet due to negligence of Bangladesh Tea Board."

It would be a milestone initiative if a tea processing factory under the government initiative could be built in the northern region, he added.

He also mentioned that the price-fixing committee of tea is not working at the desired level and the monitoring activities are not being done properly.

Small-scale commercial cultivation of tea in the region started in 2000 and is expanding every year in Panchagarh and adjoining districts of Thakurgaon, Nilphamari, Dinajpur and Lalmonirhat, changing the region's economic situation, said the farmers concerned.

Small-scale gardening or tea farming has been proved highly profitable in the region. Besides, tea cultivation brings fortune to many farmers and creates employment opportunities for the poor in the areas.

There are 27 registered/unregistered tea gardens in Panchagarh and adjoining Thakurgaon, Nilphamari, Dinajpur and Lalmonirhat districts. Besides, there are 5,000 small-scale tea gardens.

There are 26 tea processing factories in Panchagarh and its adjoining districts. Of the factories, some 18 are active, two closed down and six remain under construction.

The production capacity of the 18 tea processing factories would be over 18.39 million Kg annually. On the other hand, some 8.46 million kg tea has been produced in the 13 factories in 2018, according to BTB.

According to the BTB data, Bangladesh produced around 82.13 million kg in 166 tea gardens in 2018, much higher than the 72.39 million kg of annual production target.

Currently, the country's tea production stood, on average, at 1,320 kg per hectare by using 50 percent of the land, according to the latest quarterly review of Bangladesh Bank.

The domestic demand for tea is rising rapidly due to urbanisation, a change in consumer taste along with the population growth.