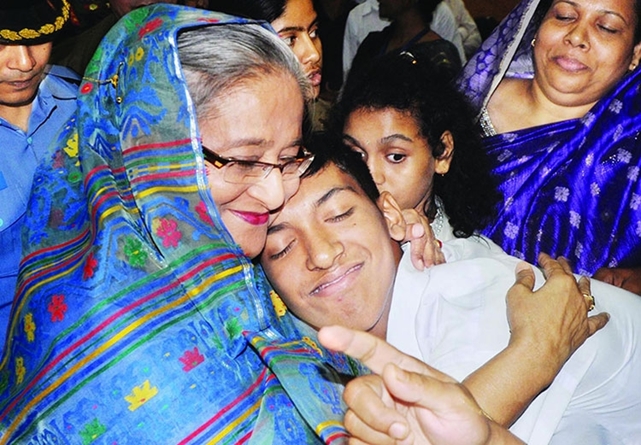 Stressing the mentality change towards persons with disabilities, including those with autism, Prime Minister Sheikh Hasina on Monday said they should get the opportunity to flourish their talent.

“Let’s not neglect the people with autism. They’re part of society. They might have much more talent than the normal people,” she said at a programme marking the World Autism Awareness Day on Monday.

‘Empowering Women and Girls with Autism’ is the theme of the day that has been being observed for the last 11 years worldwide.

The Ministry of Social Welfare organised the event at Bangabandhu International Conference Centre with its minister Rashed Khan Menon in the chair.

Prime Minister Hasina said the government has taken a number of projects and programmes to make persons with disabilities and autism worthy citizens of the country.

Briefly describing various initiatives, she said in the BCS examination, one per centquota has been kept aside for the persons with disabilities while it is 10 per cent for class three and four categories of government jobs.

The Prime Minister said that whatever greeting cards she sends to people on the occasion of different festivals like eid and new year are prepared by children with disabilities.

There was no idea about autism even a few years ago but the importance and awareness about autism has increased nationally and internationally thanks to tireless efforts of her daughter Saima Wazed, she said.

At the advice of her daughter, Sheikh Hasina added, her government in 2009 took up massive programmes to  create awareness about autism and the welfare of the persons with autism.

She said, "The Neurodevelopmental Disability Protection Trust Act, 2013" was passed in parliament to protect the interests of the persons with disabilities.

Earlier, Sheikh Hasina distributed awards among successful children with autism and individuals and organisations working for the development of such children.

In 2007, the United Nations declared April 2 as the World Autism Awareness Day, aiming to improve the quality of life of those with autism.

Marking the day, blue lights will be lit outside important government establishments across the country from Monday (today) to Wednesday.