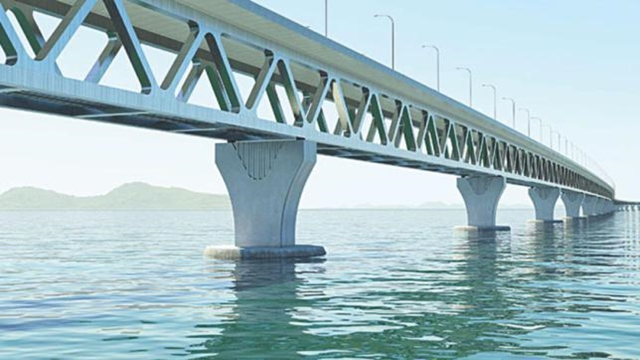 China has confirmed US$2.67 billion loan for the Padma railway link construction project of Bangladesh.

To this end, an agreement was signed between the two sides on Friday at EXIM Bank of China's head office in Beijing.

AHM Jahangir, Economic Counsellor of Bangladesh Embassy in Beijing, confirmed the FE about signing the agreement.

After signing the loan, the struggling railway link project, approved in early 2016, will now be on track for beginning its implementations, they said.

The US$4.31 billion (Tk 349.88 billion) cost Padma Birdge railway link project is one of the Bangladesh highest priority ones as it has been placed under the 10 “fast-track” project of the government.

Out of the $4.31 billion cost, the Chinese EXIM bank will provide $2.67 billion loans while the Bangladesh government will give the remaining amount.

The government had a plan to start operation of the single line dual-gauge railway line from Dhaka-Padma Bridge-Bhanga-Jessore as soon as possible as it wants to complete building of the under-construction Padma Bridge by next year 2019.

Officials from the contractor organisations and Economic Counsellor of Bangladesh Embassy in China M Jahangir, among others, were present at the signing ceremony.