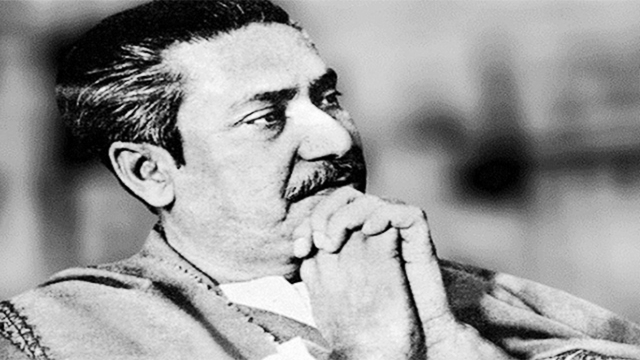 Today is the first day of August, the month of national mourning. In this month in 1975, Bangladesh lost its greatest son — Father of the Nation Bangabandhu Sheikh Mujibur Rahman.

August 15 is observed as the National Mourning Day in Bangladesh.

At the fateful dawn of August 15, 1975, a group of disgruntled army personnel, assassinated Bangabandhu, the architect of Bangladesh’s independence, along with most of his family members and toppled his government.

Bangabandhu’s two daughters – Sheikh Hasina, now the country’s prime minister and her younger sister Sheikh Rehana – escaped the carnage as they were in Germany that time.

Following the assassination of Bangabandhu, the country had been under military and quasi-military rule for 15 years when the spirit and objective of the War of Liberation were jeopardised.

The saga of the Bangalee nation’s long-drawn struggle for independence under the unique and dynamic leadership of Bangabandhu was nakedly twisted by the usurpers of state power.

Again, it was in the month of August in 2004 that an attempt was made to kill Bangabandhu’s daughter Sheikh Hasina, the then leader of the opposition. The deadly grenade attack was launched on August 21 on a rally organised by Awami League on Bangabandhu Avenue. The attack left 24 dead and more than 300 injured.

Like the previous years, ruling Awami League and its associate bodies have chalked out an elaborate month-long programme in observance of the national mourning day.