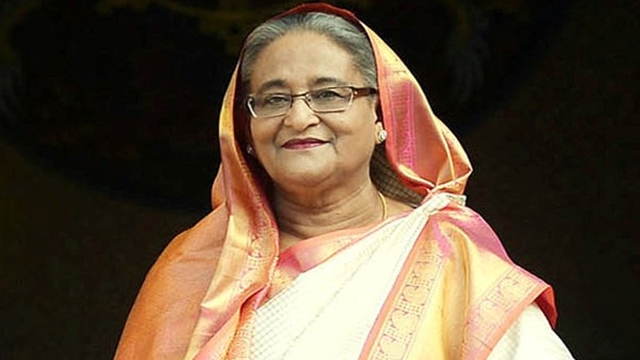 Prime Minister Sheikh Hasina leaves Dhaka for Kathmandu on Thursday on a two-day official visit to Nepal to attend the 4th Summit of the Bay of Bengal Initiative for Multi-Sectoral Technical and Economic Cooperation (BIMSTEC).

The summit will commence on Thursday afternoon at Hotel Soaltee Crowne Plaza in the Nepalese capital with the participation of the leaders of the seven-nation regional grouping that constitutes a bridge between South and South East Asia and represents a reinforcement of relations among these countries.

A VVIP flight of Biman Bangladesh Airlines carrying the prime minister and members of her entourage will depart Hazrat Shahjalal International Airport here for Kathmandu on Thursday morning.

The flight is scheduled to reach Tribhuvan International Airport in Kathmandu at 9:15 am local time the same day.

After the reception at the airport, Sheikh Hasina will be escorted to Hotel Soaltee Crowne Plazza at Tahachal Marg in a ceremonial motorcade where she will be staying during her visit to Nepal.

On the first day of her visit, the prime minister will call on Nepalese President Bidya Devi Bhandari at Sheetal Nibash, the Presidential Palace, in the capital city.

She will also attend a banquet luncheon there to be hosted by the Nepalese president.

In the afternoon, the Bangladesh premier along with other leaders will attend the opening session of the 4th BIMSTEC Summit at Hotel Soaltee Crowne Plaza in Kathmandu.

Countering terrorism, enhancing regional connectivity and boosting trade are expected to be key focus of the summit of the leaders of the member states of South Asia and South East Asia.

The leaders of Bangladesh, India, Myanmar, Sri Lanka, Thailand, Bhutan and Nepal are also likely to deliberate on tri-services military exercise among the member states alongside exchanging views on a free trade agreement.

Sheikh Hasina and other leaders will also join a gala dinner to be hosted by Nepalese Prime Minister K P Sharma Oli in the city’s Hyatt Regency Hotel in the evening on that day.

The prime minister will return home on Friday noon.

This sub-regional organization came into being on 6 June 1997 through the Bangkok Declaration. It comprises seven member states — five from South Asia (Bangladesh, Bhutan, India, Nepal, Sri Lanka) and two from Southeast Asia (Myanmar and Thailand).

Following the inclusion of Myanmar on 22 December 1997 during a special Ministerial Meeting in Bangkok, the group was renamed ‘BIMST-EC’ (Bangladesh, India, Myanmar, Sri Lanka and Thailand Economic Cooperation).

With the admission of Nepal and Bhutan at the 6th Ministerial Meeting (February 2004, Thailand), the name of the grouping was changed to ‘Bay of Bengal Initiative for Multi-Sectoral Technical and Economic Cooperation’ (BIMSTEC).

The objective of building such an alliance was to harness shared and accelerated growth through mutual cooperation in different areas of common interests by mitigating the onslaught of globalization and by utilizing regional resources and geographical advantages.