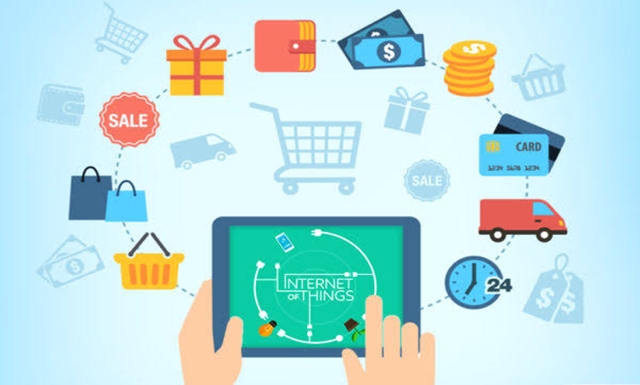 The rate of online sales through different e-commerce platforms accounts for a very limited portion of the total retail sales in Bangladesh, according to a World Bank (WB) study.

"Global online purchases account for about 16 percent of total purchases, and the figure is more than 60 percent in developed markets like Korea and the United States."

"But South Asian countries like Bangladesh stand at only 1.0 percent," revealed the study.

South Asia lags behind the rest of the world in activating the potential benefits from e-commerce, it said.

In 2015, online sales as a percentage of total retail sales were more than 15 percent in China and in the United Kingdom and more than 11 percent in Korea.

But online sales were 1.6 percent in India and around 0.7 percent in Bangladesh, the report cited.

"Firms in Pakistan and Bangladesh cite connectivity and IT (information technology) backbone as significant hurdles for cross-border e-commerce."

Digital regulations appear to be a concern for firms in all countries, the report added.

A survey of more than 2,200 firms in Afghanistan, Bangladesh, Bhutan, India, Nepal, Pakistan and Sri Lanka was conducted in 2018 to understand broad trends in and constraints on e-commerce.

In Bangladesh, the WB report said the slow pace of liberalisation and banking practices seem to be holding back a change in the e-commerce sector.

"For example, e-retailers are not keen on accepting even national payments through cards because of a 3.0-4.0 percent commission to banks, relative to the cash-on-delivery mode," it stated.

Bangladesh Bank's two-factor authentication system works, but in practice, most banks do not allow cardholders for online transactions unless they call the banks to open the internet for a specific duration.

The report said regional businesses can expect substantial benefits in exports, employment and production growth if the key hindrances to e-commerce are resolved.

The report said $2.3 trillion was spent globally by retail consumers in 2017, which was almost 25 percent higher than that in 2016.

This figure is expected to grow to over $4 trillion by 2020, reaching more than 15 percent of total retail spending, from around 10 percent in 2015.

Prerequisites for a healthy e-commerce ecosystem like affordable internet in every part of the country and logistic infrastructure are yet to be established in Bangladesh, he added.

"Besides, a good number of people are still unaware of e-commerce facilities," said Mr. Mashroor, who is the founder of ajkerdeal.com.