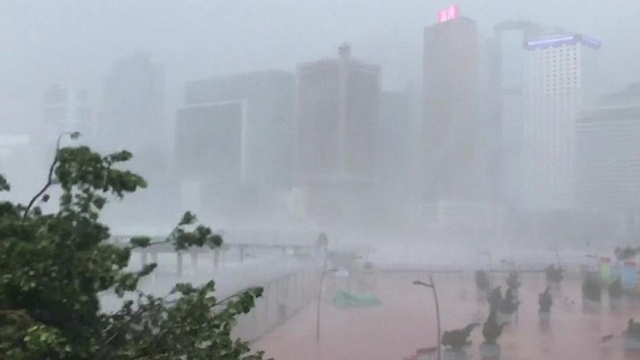 Parts of China are on high alert as heavy rains and strong winds from Typhoon Mangkhut began lashing the southern coast.

More than 100 people have been injured in Hong Kong, where skyscrapers swayed in the wind and windows were blown out, BBC reports.

At least 30 people have already died in the Philippines from Typhoon Mangkhut but the full impact on rural areas is not yet known.

Mangkhut is considered the strongest storm of 2018. 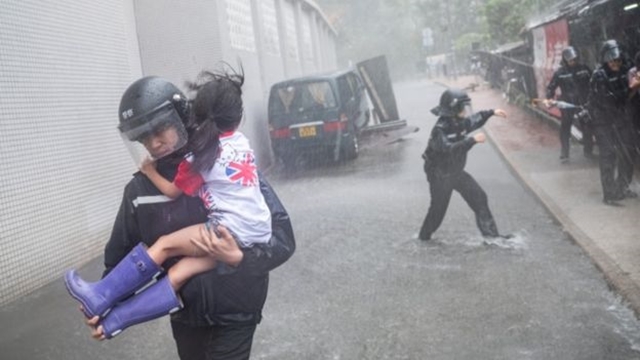 What's the impact on China?

Officials put the number of injured at 111 but the BBC's Robin Brant, who is in the city, says the worst of the winds appear to be over.

Water levels surged by almost 3.5 m (12 ft) in places and live fish were washed on to the streets.

Most shops and public services were shut, and more than 800 flights have been cancelled at Hong Kong International Airport - affecting more than 100,000 passengers.

Not everyone paid attention to the warnings, though. "I went running this morning. I love fresh air and there's no one on the streets, no cars. On normal days we can't see this," Hong Kong resident Hao Chen told the AFP news agency.

In neighbouring Macau, for the first time in its history the territory's famous casinos were ordered to close.

Thousands of people have been evacuated from Guangdong, on the Chinese mainland, where Mangkhut is due to strike later on Sunday.

The typhoon is the 22nd of the year but China's National Meteorological Centre says it could be the strongest one yet to make landfall.