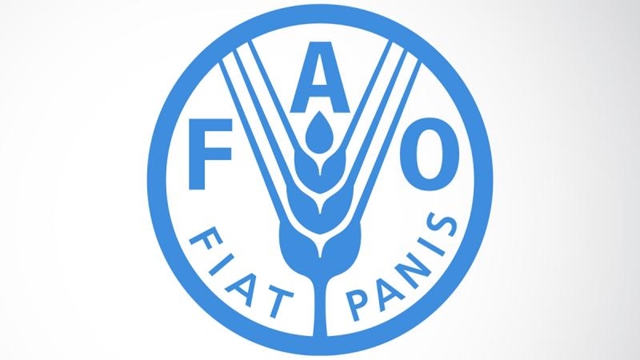 The Food and Agriculture Organisation (FAO) fears extreme climate events exposed danger to Bangladesh’s food production, identifying cyclones as a major crop loss factor alongside draughts and floods, as the UN body came up with its annual report on food security.

“In Bangladesh cyclones cause increased salinity from seawater to coastal
and freshwater fishery communities, negatively affecting food production due
to insufficient access to freshwater,” read the latest FAO report on the
state of global food security released last week.

The FAO’s State of Food Security and Nutrition in the World 2018 report
said it found the prevalence and number of undernourished people tend to be
higher in countries like Bangladesh and they were “highly exposed to climate
extremes”.

“Undernourishment is higher again when exposure to climate extremes is
compounded by a high proportion of the population depending on agricultural
systems that are highly sensitive to rainfall and temperature variability,”
the report said.

It said while phenomenon like draught was widely acknowledged as a crop
loss factor “the effects of other climate extremes like tropical cyclone are
not well quantified, though their influence . . . is evident”.

“The crop destruction due to tropical cyclones can include salt damage
from tides blowing inland, insufficient oxygen caused by overhead flooding,
flash floods, wind damage to plants, and water stress induced by enforced
respiration, all of which can occur at the same time,” the report said.

The report said extreme climate events or prolonged or recurrent climate
variability can lead to the collapse of coping mechanisms and the loss of
livelihoods prompting “migration and destitution due to distress when people
have no other viable option to sustain their livelihoods, potentially leading
to starvation and death”.

“In fact, the extreme climate shocks can be a significant driver of
migration and forced displacement. Disasters brought on by climate- related
hazards forced more than 17.5 million people to leave their homes worldwide
in 2014 alone,” the FAO study said.

It said most displacements induced by rapid-onset events were of short-
distance and involves temporary movements but “where there are recurrent
climate shocks, patterns of movement can become cyclical, pre-emptive and
permanent as a result of perceived future risk”.

The report said in Bangladesh, tidal surges affect about 22 percent rural
households and river erosions affect 16 percent other households forcing
victims in the neighbourhood to migrate to urban areas.

The global climate change scenario, it said, was already undermining
production of major crops like wheat, rice and maize in tropical and
temperate regions and, without building climate resilience, “this is expected
to worsen as temperatures increase and become more extreme”.

According to the study temperature anomalies over agricultural cropping
areas continued to be higher than the long-term mean throughout past several
years leading to more frequent spells of extreme heat.

Simultaneously, it said, the nature of rainfall seasons was also changing
globally, such as the late or early start of rainy seasons and the unequal
distribution of rainfall within a season.

“The southwest coastal district of Satkhira is one of the most vulnerable
areas because of its high exposure to salinity intrusion and widespread
poverty,” it said, adding that salinity levels in the soil increased sharply
over the last 20 years.

The BCAS report said the introduction of saline-tolerant rice cultivars
appeared not enough to deal with the sudden increase in salinity after
cyclone Aila hit the area in 2009, with devastating consequences. In that
year, farmers in the study areas lost their entire potential yield of aman
rice production.

The UN’s World Food Programme (WFP), meanwhile, in a separate report
said with an average density of 940 persons per square kilomtre and 70
percent of landmass just five meters or less above sea level, environmental
hazards such as floods, cyclones, salt water intrusion and river erosion were
feared to have “massive destructive impacts in Bangladesh”.

“In effect it is estimated that 30 to 50 percent of the country is
affected by severe climatic shocks every year,” it said.