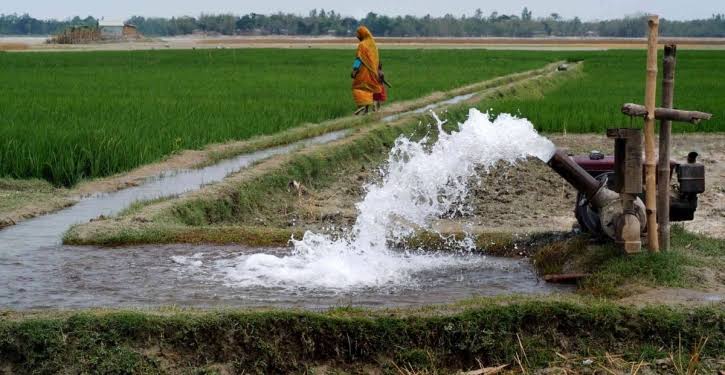 The Cabinet Division has instructed the Bangladesh Rural Electrification Board (BREB) to ensure uninterrupted power supply to irrigation sites from midnight to dawn during the Aman harvest season.

The country is going through rotating power cuts due to the power crunch, which put the farmers in trouble with irrigation amid the ongoing Aman harvest season.

The decision came at a meeting chaired by Prime Minister Sheikh Hasina to set power-saving measures on Monday.

“The meeting made some crucial decisions. One of them was how electricity management can be made more effective,” said Cabinet Secretary Khandker Anwarul Islam.

The BREB was directed to deliver uninterrupted electricity for as long as possible in this case.

Anwarul touched upon the ongoing water crisis as well. “You must’ve seen from the reports that the rainfall since July this year is 57 percent less than July last year. The whole world is going through a drought. The rivers in many countries are drying up.”

The government had to cut down on electricity generation as a part of austerity measures due to the fuel crisis triggered by the war in Ukraine.

On Monday, the cabinet decided to reduce office hours to 8pm after stores and shopping malls were ordered to shut shop by the same time.