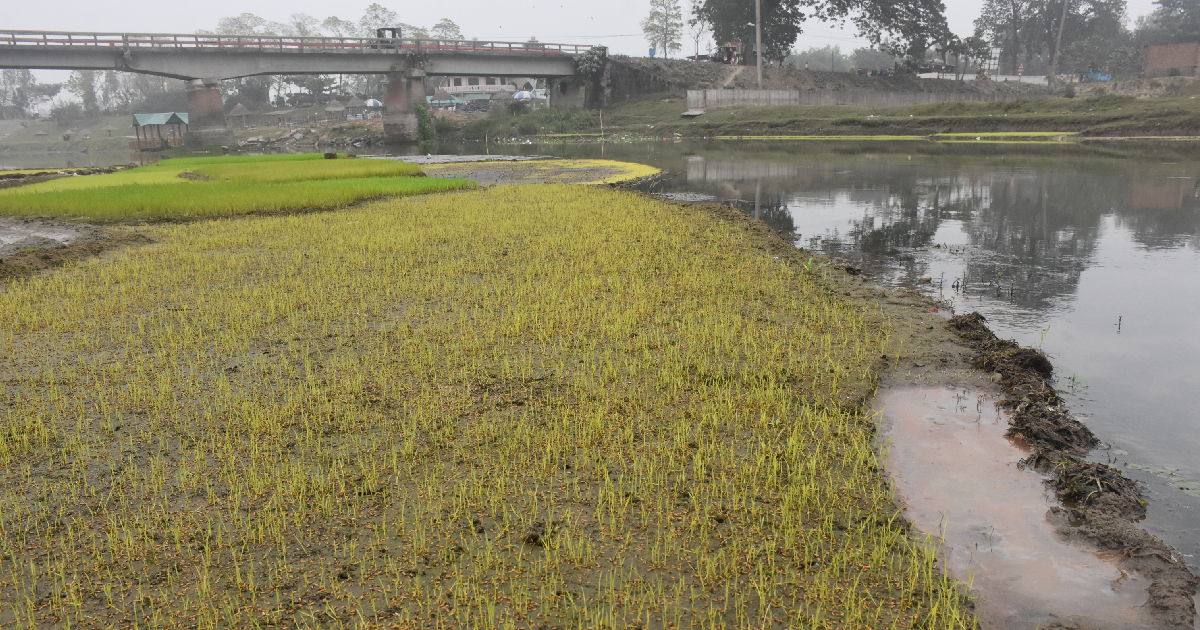 The shivering cold weather now sweeping the country, especially in northern districts, has affected Boro seedbeds in many places of Rangpur region, triggering a fear of a seedling crisis in the current season.

Farmers said many seedbeds have already turned yellowish and seedlings are dying out due to the biting cold coupled with dense fog.

The Department of Agricultural Extension (DAE) has fixed a target to prepare seedlings on 23,201 hectares of land in Rangpur, Kurigram, Lalmonirhat, Gaibandha and Nilphamari districts in the current Boro season.

Quasem Mia, a farmer of Ramchandrapur in Kaunia upazila of Rangpur, said his seedbeds have turned yellowish under the impact of the chilly weather.

Asaduzzaman, another farmer of Kashbagh in Rangpur city, said seedlings, aged 20-25 days, have been badly affected.

According to the farmers, they sprayed medicines in the affected seedbeds but did not get any positive result.

They fear that seedlings will be damaged if the bone-chilling cold continues for a few days more.

Under the circumstances, the farmers fear that there might be a crisis of seedlings during plantation of the current Boro season as it will not be possible for many to prepare seedbeds afresh.

They said they will be forced to purchase seedlings from the market at a high price which will increase their production cost.

Besides, the farmers said, they might not get quality seedlings in the market which will affect the production target largely.

DAE officials, however, could not provide any data about the exact extent of damage caused to the seedbeds by the shivering cold.

He also said they have advised farmers to cover their seedbeds with polythene, spray sulfur-mixed medicine and use urea and gypsum in the seedbeds to get a positive outcome.