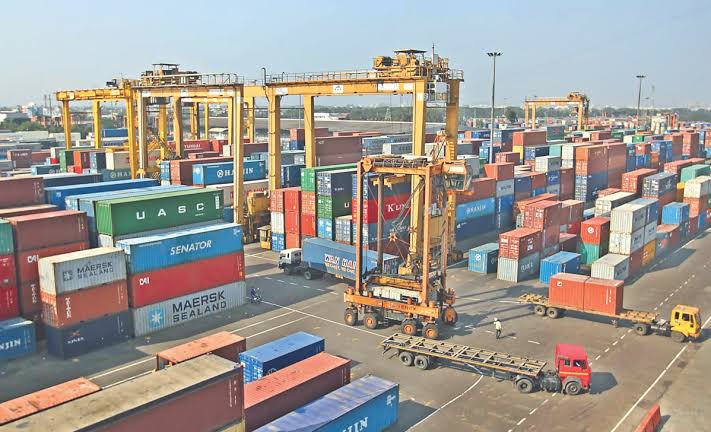 Intelligence officials are accused of delaying the release of imported goods from the customs houses, causing harassment to businesspeople.

Businesses said the release of goods now takes almost a month from the custom houses due to interference of customs intelligence people who are not allowing importers to start import activities even after submitting bill of entries (B/Es).

It has been alleged that the customs intelligence officials are taking too much time to complete routine process in the name of detecting duty evasion, which causes immense sufferings and hassle to genuine importers.

Both field level customs officials and businesses have raised the issue in recent times to the revenue board, officials said.

A number of importers at the Kamalapur Inland Container Depot custom house could not start even their import activities as the customs intelligence people have locked their bill of lading (B/L) before submission of bill of entry.

Protesting the harassment, the Clearing and Forwarding Agents of the ICD have called a strike in the custom house in the last two days. On Tuesday, they called off the strike giving a 15-day-ultimatum to meet their demands.

ICD commissioner Mobara Khanam has recently written to the National Board of Revenue or NBR about the unexpected harassment and interference of the intelligence people.

Customs intelligence officials could not be reached over phone for comments.

The ICD commissioner wrote that the submission of bill of entry has sharply declined from its average 60 to 70 per day due to exercising such power.

Meanwhile, importers in the Mongla custom house also raised the similar allegations on the delay in releasing their import products due to the reluctance of customs intelligence officials.

They have lodged complaints with the Federation of Bangladesh Chambers of Commerce and Industry (FBCCI) and the headquarters of customs intelligence in Dhaka to resolve the issue.

As for the Kamalapur ICD, Dhaka Custom agent association general secretary Md Faruk Alam said they had called the strike, compelled by extraordinary harassment for the last few months.

"Now it takes 15 to 20 days to release goods from the ICD, which would take three to four days," he said.

He said they called off the strike following the assurance from the NBR chairman to meet their demands.

About the Mongla customs house, Solaiman Parsee Faisal, director of VAT and tax committee of Bangladesh Pipe and Tubewell Merchant Association said the association members are facing harassment to release the goods from the custom house.

"The customs intelligence people kept the assessment pending and are reluctant to speed up the release of goods," he said.

Such a delay in the release of goods is contradictory to the government's trade facilitation move, he added.

Businesses have to count additional store rent for such a delay, which escalates the prices of consumer products, he noted.

In the letter, the ICD commissioner wrote the customs intelligence officials are giving instruction to lock on an average 10 B/Ls (Bill of Lading) out of 30/40 BEs prior to starting import activities by importers.

She alleged that the relevant official of the customs intelligence is supposed to sign joint statement with the customs field officials on the physical inspection of import goods but they are refusing to sign it.

Importers need at least 10 days to complete the process of unlocking B/L.

The field-level customs offices are unable to comply with the NBR directive to expedite release of goods as per the World Customs Organisation (WCO) guidelines due to such interferences beyond the norm, she wrote.

The ICD said revenue collection of the customs houses has been affected as importers cannot start import process by submitting B/E.