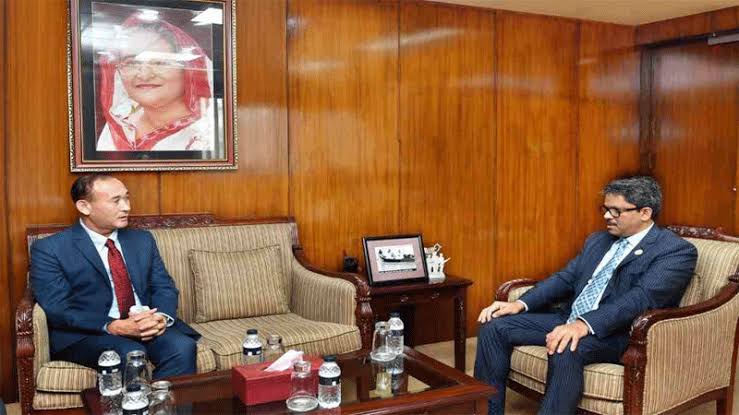 State Minister for Foreign Affairs Md. Shahriar Alam on Sunday said the Bay of Bengal Initiative for Multi-Sectoral Technical and Economic Cooperation (Bimstec) has huge prospects for economic cooperation as much its potentials are still unexplored and unexploited.

He emphasised making all entities of Bimstec Process fully functional and operational.

The State Minister made the remarks after receiving newly appointed Secretary General of Bimstec Tenzin Lekphell at his Ministry's office.

Shahriar expressed his satisfaction on his appointment as the third Secretary General of Bimstec nominated by Bhutan, the first country to recognise Bangladesh as an independent country.

The State Minister hoped that the Secretary General will be able to play a pivotal role as a bridge among Member States to achieving the goals through early conclusion and implementation of necessary agreements, MoUs and other required legal documents in these sectors to ensure overall development and wellbeing of the peoples of Bimstec region.

Shahriar said Bimstec process needs concerted and quicker efforts and more intense engagements amongst the member states for bringing out the best possible results for the mutual benefits of the peoples of the region.

He stated that it is imperative to forge more realistic partnership and shared endeavours to prosper together through exploitation of the full potentials of this region.

Shahriar Alam stated that Bangladesh, as the Bimstec lead country for Trade, Investment and Development, is strongly committed to strengthen Bimstec Cooperation in this important field.

He added that as a founding member of Bimstec, Bangladesh government is pledge bound to deepening relations with Bimstec member states in all aspects and to strengthen the Bimstec Secretariat in all possible means as well.

Bangladesh has already taken necessary steps to build a new premise for the Secretariat, he further added.

He mentioned that he is enjoying the warm hospitality here and passing time with good colleagues.

He thanked the State Minister for giving the opportunity to meet him. He expressed his strong conviction to work for strengthening Bimstec by enhancing the level of cooperation amongst the member states.

The State Minister wished the new Bimstec Secretary General all the success and assured him of all sorts of support from the Government of Bangladesh during his tenure in Bangladesh.