IT compliance for availing servicesMeasures may panic marginal taxpayers 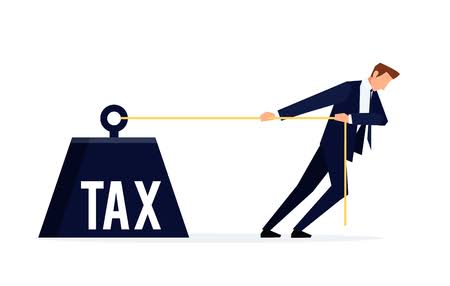 A couple of income-tax measures in the Finance Bill 2022 may panic marginal taxpayers for imposition of compliance requirements to avail services, taxation experts say.

The revenue board needs to strengthen its help or service centres to support the taxpayers as millions of new taxpayers would be compelled to submit tax returns in the upcoming fiscal year if the proposed measures are approved in the Finance Act 2022 this week, they suggest.

Taxation experts, including accountants and former tax officials of the National Board of Revenue (NBR), singled out the fiscal measures and suggested a go-slow policy to take necessary preparation to enforce it.

Earlier, only taxpayer identification number (TIN) was mandatory for those services that people obtained once from tax offices but tax-return slip needs to be obtained every year after submission of tax returns.

Former member of income tax department Aminur Rahman said there are some 85 million interest- bearing bank depositors who would need tax-return slip every year as per the proposed fiscal measure.

"Banks and companies will have to verify the authenticity of tax- return slip failing which they may have to count penalty worth Tk 1.0 million in case of detection of any fake return slip," said Mr Rahman.

"I wonder what would befall many of the people who did not show their asset but would be compelled to submit tax returns this year as the government did not offer any amnesty for them for previous income or assets," he added.

The measure may create panic among the common people unless the NBR adopts flexible approach for a certain period of time, he noted.

For restricting cash transaction, the government imposed a cap of Tk 1.2 million which seems insufficient for even a makeshift stall.

Contractors have to pay source tax at double rate in case of cash receipt of their bills, he said.

On the income-tax ceiling for individual taxpayers, Mr Rahman said the threshold should be raised to Tk 325,000 considering government's inflation data but it remained unchanged in the proposed bill.

Snehasish Barua, member of the Institute of Chartered Accountants of Bangladesh (ICAB) and partner of Snehasish Mahmud and Co, echoed the same views, stressing the need for upward adjustment of tax-free ceiling.

He also pointed out difficulties of small businesses to conduct bank transactions to avail reduced rate of corporate tax from the upcoming fiscal year.

Mr Mahmud said imposition of tax on WPPF is self-contradictory and a diversion from the current rules of the Labour Law 2006.

"This should be withdrawn while finalizing the Act," he added.

A company is required to pay WPPF as per section 234 of the Labour Law 2006. As per section 249 of the law, it is a benefit to the workers and employees in addition to any other benefit specified in the law. It is payable from net profit (as per section 119 of the Company Act 1994).

If a compliant company has to pay tax on its contribution to the WPPF, it will ultimately increase the income- tax burden on the companies and similarly increase the effective tax rate.