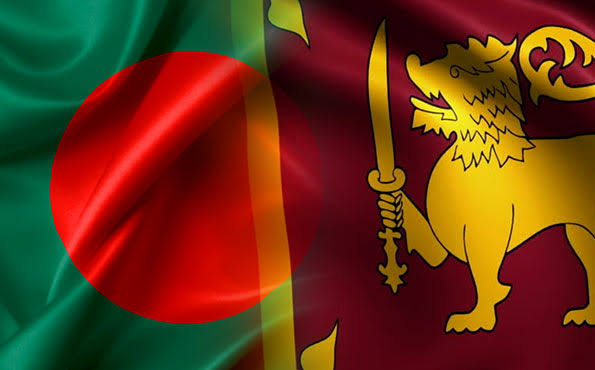 There is absolutely no possibility of a Sri Lanka-like situation in Bangladesh in the near future as the economies of Sri Lanka and Bangladesh are vastly different and the Bangladesh government has already adopted an austerity policy to deal with the situation.

Indian Researcher and Analyst John Rozario came up with this observation in an article with headline ‘Why Bangladesh won't face a Sri Lanka-style crisis,’ published in the Bangkok Post’s Asia Focus section on Monday.

“Bangladesh has its challenges but authorities have already responded to keep the economy on an even keel,” writes the Karnataka based researcher having interest in Bangladesh studies, strategic and international affairs.

He says the economic and political disaster in Sri Lanka has been a hot topic in recent months, with commentators looking around for signs of similar trouble in other emerging market economies.

Some of these economies, such as Bangladesh, tend to get unfairly lumped in with others that could potentially face a debt crisis or worse, he adds.

Mentioning the website Visual Capitalist recently list of 25 nations that are vulnerable to debt risk, based on information from Bloomberg, he says Russia, Zambia, Suriname, Lebanon and others are currently in arrears. Belarus is in danger of becoming bankrupt and twelve others - Argentina, Ukraine, Tunisia, Ghana, Egypt, Kenya, Ethiopia, El Salvador, Pakistan, Belarus and Ecuador are in danger from rising inflation, debt and high borrowing costs.

Yes, Bangladesh has its challenges but authorities have responded to keep the economy on an even keel, he writes and says that the government officials' travel abroad is restricted, the taka has been devalued against the US dollar, remittances from abroad are rewarded with cash, and luxury goods are taxed, all of which are helping the country build up its reserves so it can easily meet import demand.

In the meantime, the Bangladesh government's policy of raising exports and lowering imports is helping the economy recover, he writes.

He says the impact of the Covid-19 pandemic on the economy, which is also constrained by the Russia-Ukraine conflict, cannot be denied. The latter has made things more difficult for developing nations like Bangladesh as well as escalating the global crisis.

In order to support the recovery, the country must give controlling inflation equal priority with improving the export-import ratio.

Although Dhaka has enough reserves to cover far more than the minimum three months of import payments, the depletion of reserves may become a concern if economic conditions weaken further, he says and adds that the adoption of strategic interventions at all levels of budget management is necessary as part of a comprehensive plan to control and repair the economy.

“Prime Minister Sheikh Hasina has been stressing cost minimisation, advising ministries and divisions about how to continue with development projects without going overboard on spending. She has underlined the importance of completing only critical projects and postponing low-priority ones in order to reduce pressure on the economy,” writes John Rozario.

Still, there are some commentators in the country who believe that Bangladesh is heading towards a Sri Lanka-style crisis that would bring people onto the streets to press for the ouster of the government. But the Awami League government has pointed out that the economies of Sri Lanka and Bangladesh are vastly different.

He says the development aid organisations in Bangladesh have also said repeatedly that there is no logical reason for the situation in Bangladesh to be compared to that of Sri Lanka.

For a start, Sri Lanka's economy is heavily dependent on tourism, which collapsed because of the pandemic. As a result, the country's foreign reserves began to dwindle. As the prices of imported fuel and other commodities shot up because of the Russia-Ukraine war, reserves were almost completely depleted. Key imports were halted altogether and public anger began building, reaching a fever pitch and leading to the ouster of former president Gotabaya Rajakpaksa.

By contrast, the main pillars of the Bangladesh economy are garments and foreign exchange remitted by Bangladeshi workers abroad.

The country's foreign exchange reserves are in a much stronger position than those in other South Asian countries.

In the early stages of the pandemic, many assumed that remittances would decline as many expatriates lost their jobs. However, due to the success of the government's diplomatic efforts, many Bangladeshis have returned to their workplaces abroad and are sending back money at pre-pandemic rates.

In Sri Lanka, widespread corruption among key members of the Rajapaksa regime was another big cause of public anger. While corruption is an issue in Bangladesh, no such complaints have been levelled at the prime minister and her family members. As a result, it can be said with certainty that there is absolutely no possibility of a Sri Lanka-like situation in Bangladesh in the near future.

As it looks to chart the post-pandemic course of the country, the government and the Bangladesh Bank have already undertaken some financial reform programmes.

Still, the short-term challenges are daunting. Commodity prices are rising, inflationary pressures have mounted, reserves have fallen below US$40 billion after two years of pandemic-induced slowdown, and the government is under severe pressure to keep electricity and fuel prices in check. But initiatives taken by the government in tackling the temporary crisis should be effective.

The government has adopted an austerity policy to deal with the crisis. There really is no other way. As long as the effects of the Russia-Ukraine war last, it must on the whole be thrifty.

In economic terms, conventional wisdom is that foreign debt of up to 70% of a country's gross domestic product (GDP) is manageable and the risk of economic distress is low. The figure for Bangladesh is just 44%. Although foreign debt has increased by 21.8% and import expenditure has risen by 44% amid the global downturn and foreign reserves have fallen, Bangladesh is still the 41st largest economy in the world. Bangladesh and India are the only two South Asian countries among the 50 largest economies of the world.

As for the country's reserves, bear in mind that the current sum of around $40 billion -- small as it might appear -- is still more than double what it was before the current government took power. At that time, the state had three months' worth of import expenditure compared to seven months at present.

Just as we cut our family expenses in times of danger, the state also has to cut back. Sri Lanka borrowed more than it could afford. Misguided policies reduced crop production. There is no such crisis in Bangladesh, he concludes.