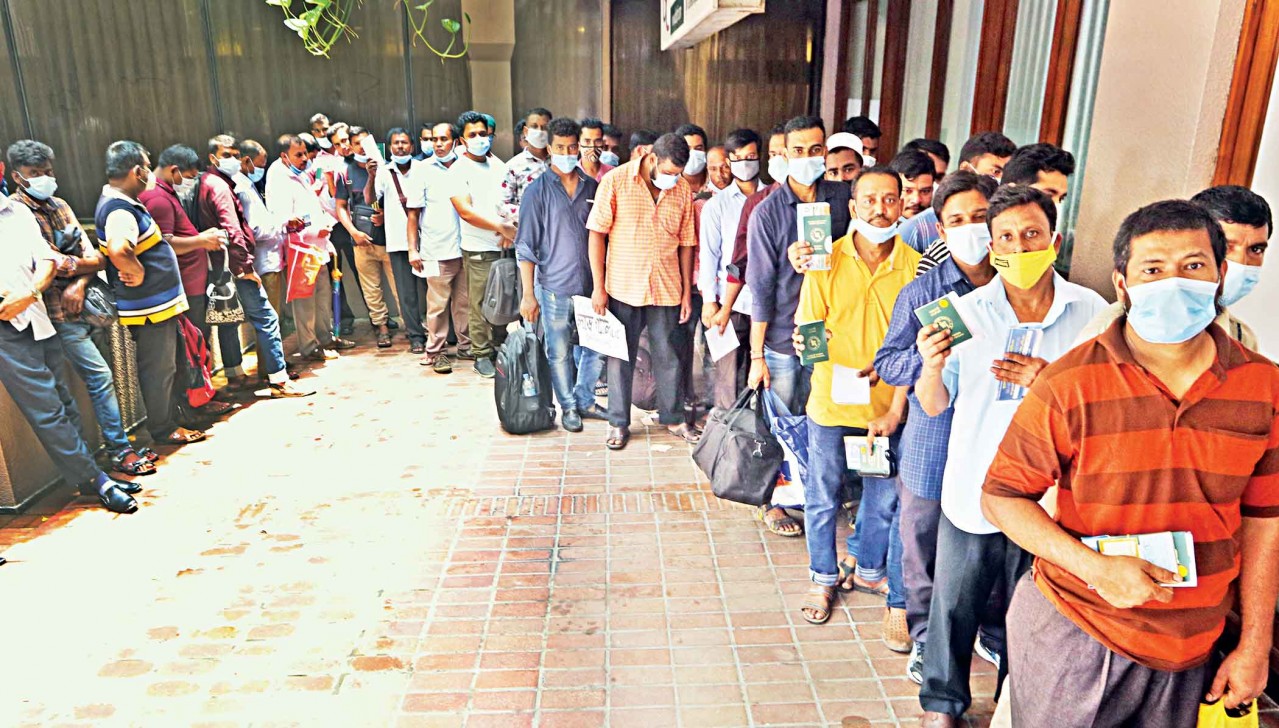 Bangladesh’s overseas employment dropped by more than 32 percent in July 2022 over that of the previous month, as the recruitment demand from the vital job markets slowed to some extent, insiders said.

Data available with the Bureau of Manpower Employment and Training (BMET) showed that 75,499 Bangladeshis found jobs abroad in July, while the figure was 111,539 in June.

The BMET statistics revealed that the oil-rich nation hired 39,968 workers from Bangladesh in July - as against 71,920 workers in June.

However, the overall foreign employment in the first seven months of the current year increased significantly, as the country sent 691,017 workers in January-July 2022 as against 256,187 in the matching period of last year.

Ali Haider Chowdhury, former secretary general of the Bangladesh Association of International Recruiting Agencies (BAIRA), said the demand for workers had been on rise over the months since January. But the demand became low last month.

On the other hand, many workers are now waiting for going to Malaysia, as the country is going to hire workers from Bangladesh. It is another reason behind the decline in the number of overseas employment in July, he mentioned.

The situation was temporary, and the outflow of workers would increase in the coming months, he observed.