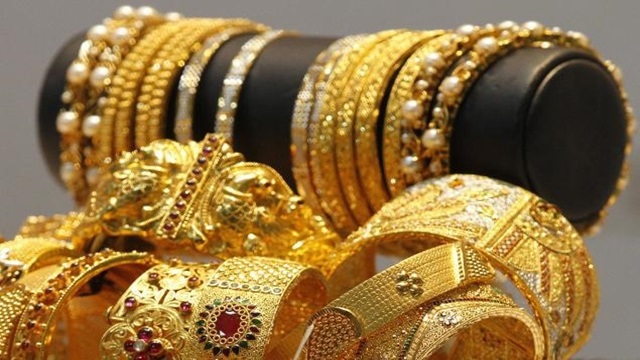 The Cabinet on Wednesday gave approval to the draft of the Gold Policy 2018 to ease the gold import process for enhancing the export of gold ornaments produced in the country.

The approval came at the Cabinet meeting held with Prime Minister Sheikh Hasina in the chair at her office in the city.

After the meeting, Cabinet Secretary Mohammad Shafiul Alam briefed reporters at the Secretariat.

He said the main goals of the policy are to ease the gold import process to fulfill the demand for commercial use of gold locally and export gold ornaments and fix specific gold import authority for ensuring transparency and accountability in the process of gold import and business.

The expansion of the gold ornament export by promoting and providing policy support in this regard is among other goals of the policy, he added.

Noting that the global ornament export volume was US$ 638.37 billion in 2016, the Cabinet Secretary said some 80 percent of global handmade ornaments are now produced in Bangladesh and India.

India exported jewelry worth of US$ 42.29 billion in 2014-15 fiscal year, while the ornament export volume of Bangladesh is very negligible, he said.

“Our goldsmiths are going to India... So, the policy has been formulated,” Shafiul Alam said.

He said the import system of gold bars through authorised dealers will be introduced as per the policy.

He also said Bangladesh Bank will authorise the dealers to import gold under the Foreign Exchange Regulation Act 1947.

Besides, the Cabinet gave the final approval to the draft of Customs Bill, 2018 giving the government the authority to formulate rules under the proposed law.

Shafiul Alam said the bill was placed with a view to making the Customs Act 1969 a time-befitting and modern law. “No major change was brought to it (the bill)… It was formulated in Bangla version,” he said.

As per the bill, the government will be able to formulate the rules under the law in consultation with the National Board of Revenue, said the Cabinet Secretary.

It states that the government can formulate separate customs-related rules for the hi-tech parks and other specialised zones set up under the Bangladesh Export Processing Zone Authority Act, Bangladesh Economic Zones Act 2010, Bangladesh Hi-tech Park Act Authority 2010, he said.

The Cabinet also cleared the draft of National Environment Policy 2018 bringing changes to the existing policy of 1992.

The exiting policy now addresses environment in 15 sectors, but the proposed policy will address total 24 sectors as nine new sectors have been included in it.

Replying to a question, the Cabinet Secretary said the recently passed Digital Security Bill, 2018 was not discussed in the Cabinet meeting.

He said the Cabinet adopted a felicitation motion greeting the Prime Minister for winning two international awards --the “Inter Press Service (IPS) International Achievement Award” and the “2018 Special Distinction Award for Leadership” -– for her humanitarian and responsible policy in hosting the Rohingyas, and for her leadership on the Rohingya issue, respectively.

Besides, the cabinet adopted a condolence motion expressing shock at the death of acting mayor (panel mayor) of Dhaka North City Corporation Osman Gani, who died on September 22 last.