VAT on aviation services to stay 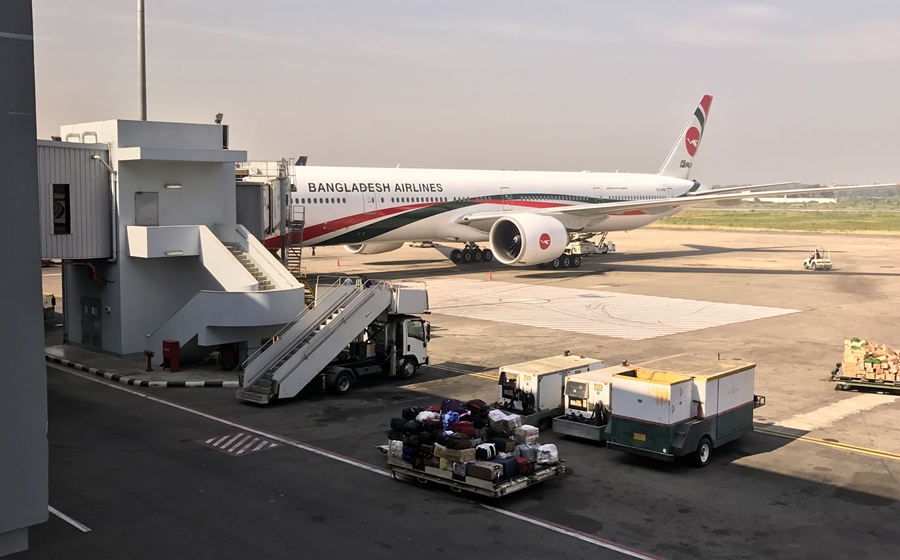 The National Board of Revenue has ruled out the possibility of waiver of value-added tax, or VAT, on aeronautical service charges, officials said.

The VAT wing of the board has issued an order in this connection. The wing has sent it to the chairman of the civil aviation authority and its field offices across the country.

On October 07, the ministry of civil aviation and tourism and on September 27, the International Air Transport Association, or IATA, sent separate letters seeking NBR's decision on the payment of VAT on aeronautical services charges.

Similarly, field-level VAT offices sought the directive of whether the consumption tax at a rate of 15 percent will be applicable to the aeronautical services.

In the order, the NBR clarified the definition of the aeronautical services according to the new VAT and Supplementary Duty Act-2012.

It said zero rates of VAT will not be applicable in case services are availed inside the international transport within the territory of Bangladesh.

In contrast, section 24 of the VAT law says the services that are availed inside international transport and went outside the country will be considered VAT-free.

Airlines availed the services such as landing, parking, route navigation, security and boarding bridge facilities from the civil aviation authority in exchange for charges.

The law defines the movement of products and passengers through land, river and air routes from within and outside of the country as "transportation service."

The definition also classifies those as supporting services.

Such port services are availed by both local and international airlines from the civil aviation authority.

"Other services that are availed inside the country's boundary are subject to the payment of VAT," the VAT wing said.

During the last fiscal year, the wing had withdrawn VAT exemption facility three weeks after offering the benefit on port services for operating international flights.

Tax officials said the benefit was given based on 'misleading' information provided by the IATA.

In June last year, the government lifted the VAT exemption offered in the budget proposal.

The IATA had earlier said that levying of VAT on various aeronautical charges was a matter of concern to the aviation sector.

The imposing VAT in this manner "is not only counter to international standards, policies and agreements that Bangladesh is a signatory to but unnecessarily increases the cost of travel" to passengers and the cost of exports to businesses, the IATA said in its letter.

But officials said VAT on such charges remained in place in different countries and it was not contradictory to international norms and practices.

During the FY 2009-2010, the NBR first imposed VAT on both aeronautical and non-aeronautical charges.

However, the civil aviation authority did not collect the VAT on aeronautical charges until July 2015.

Some international airliners had legally challenged the VAT on aeronautical services.

In a 2016 verdict, the High Court said VAT will be payable in case of aeronautical services.