The weather office has predicted a return of the cold wave over many places in Delhi-NCR between Monday and Wednesday.

The minimum temperature is expected to settle around 3 degrees celsius.

Delhi saw an intense cold wave spell from January 5 to January 9, the second longest in the month in a decade, according to the India Meteorological Department (IMD) data.

It has also recorded over 50 hours of dense fog this month so far, which is the highest since 2019.

Dense to very dense fog is very likely in some parts during night and morning hours over Punjab, Haryana, Delhi and Uttar Pradesh during the next 5 days.

The weather bureau said minimum temperatures are likely to fall further by about 2 degrees celsius over many parts of northwest and central India till January 17-18 and cold wave to severe cold wave conditions are very likely over many parts of Rajasthan, Punjab and Haryana, and Delhi during this period.

The weather department has advised people to wear several layers of loose fitting, warm wollen clothing and to cover thier head, neck,hand and toes. It has further asked people to maintain ventilation while using heaters to avoid inhaling toxic fumes and avoid or limit outdoor activities.

People in a huddle around a bonfire in Delhi 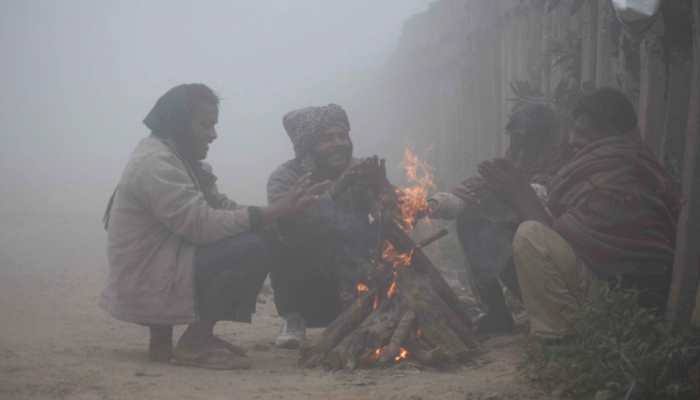 Large parts of north and northwest India recorded below-normal maximum and minimum temperatures on most days this month before a western disturbance brought relief, an IMD official said.

The IMD said minimum temperatures will gradually rise by 3 to 5 degrees Celsius from January 18 to January 20 under the influence of a western disturbance.

When a western disturbance - a weather system characterised by warm moist winds from the Middle East - approaches a region, the wind direction changes. The chilly northwesterly winds from the mountains stop blowing, leading to an increase in temperatures.

A severe cold wave is when the minimum temperature dips to 2 degrees Celsius or the departure from the normal limits is by more than 6.4 notches.

Killings of journalists up 50pc in 2022: UNESCO

Nepal Plane Crash: All 72 People on Board Dead