Delhi to handover 10 BG locomotives to Dhaka on Monday 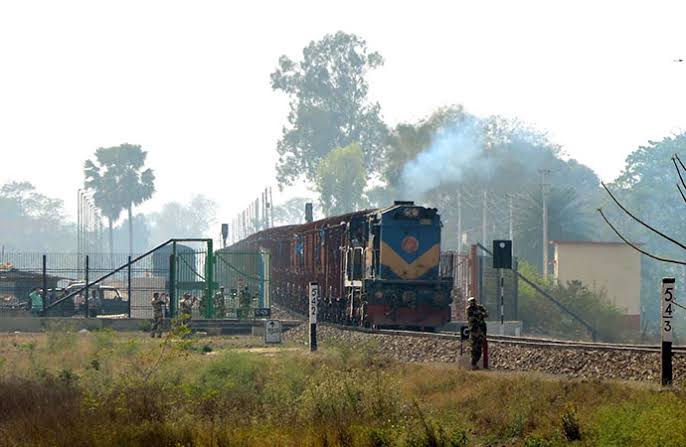 India on Monday will hand over 10 broad gauge (BG) locomotives to Bangladesh as a part of its grant assistance to the eastern neighbour.

India sees rail cooperation with Bangladesh as vital for promoting trade and connectivity and shoring up the economic partnership.

Official sources in Delhi said that with the handing over India will fulfill its commitment made during Bangladesh PM Sheikh Hasina's visit in October 2019.

Foreign minister S Jaishankar and railway minister Piyush Goyal will be present at the virtual ceremony to mark the occasion on Monday.

The Bangladeshi side will also be represented by their foreign minister Abul Kalam Abdul Momen and railway minister Nurul Islam Sujan.

India and Bangladesh are jointly working to enhance rail connectivity by developing some crucial railway projects as well as by restoring some old rail links with Bangladesh, according to Indian authorities.

"A total of 17 railway sector projects have been included in LoC (line of credit) assistance extended by India to Bangladesh, with a commitment of US $2.44 billion," said an official source, adding India had offered all LoCs to Bangladesh at a rate of interest of 1 percent annually and repayment over 20 years with a moratorium for 5 years.

Of the 17 railway projects, according to India, 9 have been completed including supply of locomotives, flat wagons, railway bridges and signaling equipment.

"Three other projects at various stages of implementation pertain to double line track, a conversion of meter gauge line to dual gauge line and a new dual gauge rail line," said an official.

Apart from them, a 12 km cross-border rail link is being built under grant-in-aid between Agartala and Akhaura town on the Dhaka-Chittagong trunk line. This is likely to be completed by March 2021 and will further enhance freight and passenger connectivity between India and north eastern states, said a source.

Under its BRI initiative, China has been working to expand Bangladesh's railway network including by building a line from Dhaka to Jessore in southwest Bangladesh.