New design of rural roads on the anvil 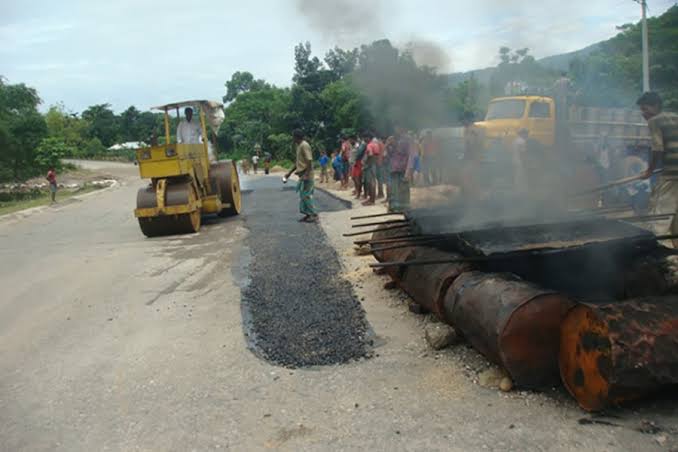 The design of over 70,000-kilometre road at upazila and union levels is set to be revised amid remarkable growth of both traffic volume and rural economy.

According to a primary estimate, the proposed design is likely to raise per-kilometre rural road construction cost by at least 30 percent from the existing rate.

"The new standard has been imperative as traffic volume has increased on rural roads more than anticipated from the time of building these roads," said an official.

He said this increased volume because of the movement of heavy truck, bus, minibus, gas-driven vehicles, auto-rickshaw, utility vehicles, pickup, has taken heavy tolls on the roads.

The roads have got damaged much before their 10 years' lifetime ends, he added.

According to the new standards, all types of roads at union, upazila and village levels would be built assessing soil condition, traffic volume and axle load.

LGED prepared the design with the help of Bangladesh University of Engineering and Technology (BUET) which conducted a survey at 36 locations to assess the standards.

Its existing three-category road design and pavement standards were approved in 2004.

An LGED engineer said this volume is even much higher than the surveyed findings when an upazila or union road is connected with industrial areas or national and regional highways citing an example of Gazipur area.

"The new design would be uniform, durable and cost-effective… as we'll decide on our traffic data and road survey not on universal standards," he said over phone.

The LGED shared its revised road design with planning commission for approval during a meeting on Monday.

But the meeting, attended by ministries concerned, directed to form a technical committee to work on financial involvement following changes in the design.

Sources said the committee to be formed under local government, rural development and cooperatives ministry will review an economic analysis, including its impact on the budget.

According to the LGED, per-kilometre cost for union and upazila categories vary from Tk 70 lakh to 120 lakh following the present standards.

Of the LGED-developed 352,943-kilometre flexible, rigid and paved roads, more than 70,000 kilometres are at upazila and union levels.

Roads and highways department (RHD) is responsible for building national and regional highways and district roads.

With 8.0-percent economic growth, rural economic activity has got momentum based on agriculture crops and products, agro-based industries and fisheries.

Many ready-made garment industries have also located close to the rural road network. So, the number of trucks, lorries and vans have multiplies without controlling axle load.