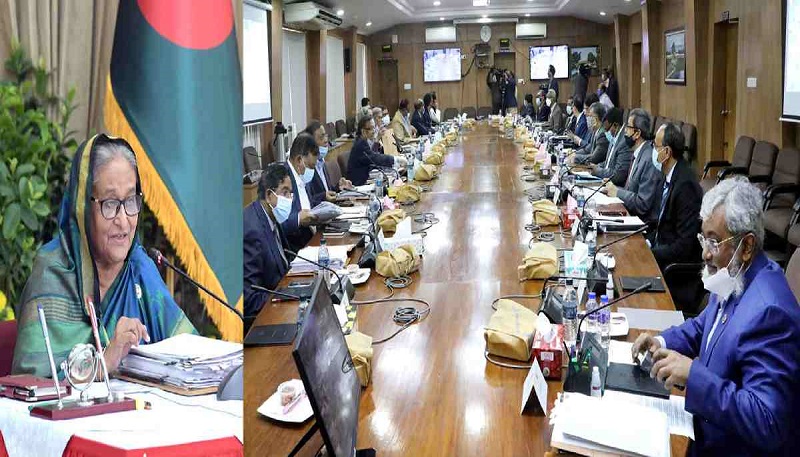 The Cabinet on Monday approved the draft of "the Civil Courts (Amendment) Bill, 2021" in order to raise the pecuniary jurisdiction of judges of the lower court to dispose of the civil cases.

The approval came from the weekly cabinet meeting held at the Bangladesh Secretariat with Prime Minister Sheikh Hasina in the chair. The PM joined the meeting virtually from her official residence Ganobhaban.

"As per the bill, the pecuniary jurisdictions of the civil courts were increased," Cabinet Secretary Khandker Anwarul Islam said while briefing reporters after the meeting.

He said the higher the threshold of the pecuniary jurisdiction was increased at Tk 15 lakh instead of the existing Tk 2 lakh for an assistant judge, while Tk 25 lakh in place of Tk 4 lakh for a senior assistant judge in case of trying civil suits, according to the proposed law.

In case of hearing the appeals of the civil suits, the financial jurisdiction was raised to Tk 5 crore instead of the existing Tk 5 lakh for a district judge, said the Cabinet Secretary.

Besides, a provision was incorporated in the proposed law to transfer the appeals, which are pending with the High Court against the decree or order made by joint district judges in the civil suits involving maximum Tk 5 crore, to the district judge court.

"The proposed varsity will be a prototype one of the existing science and technology universities. The President will be the chancellor of the university," said the Cabinet Secretary.

Moreover, the Cabinet ratified the Preferential Trade Agreement signed between Bangladesh and Bhutan on December 6 last to boost bilateral trade between the two countries.

The Cabinet also cancelled its previous decision taken on July 29, 2013 over increasing the number of trawlers in the exclusive economic zone in the Bay of Bengal.