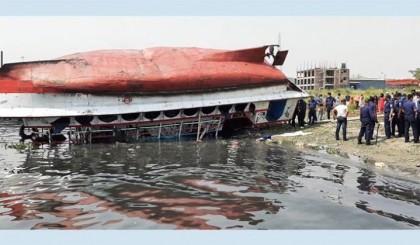 The government has formed two separate probe committees to investigate the launch capsize in the Shitalakkya river in Narayanganj on Sunday evening.

The fire service so far recovered twenty seven bodies after a Munshiganj-bound launch, carrying over 100 passengers, capsized in the river. However, many passengers of the launch are still missing.

The Narayanganj DC also asked the concerned officials to provide Tk 25,000 for burial of each deceased, said the official.

Rabit Al Hasan, the Munshiganj bound launch, sank in the river in Char Syedpur area adjacent to China Bridge around 6pm on Sunday.