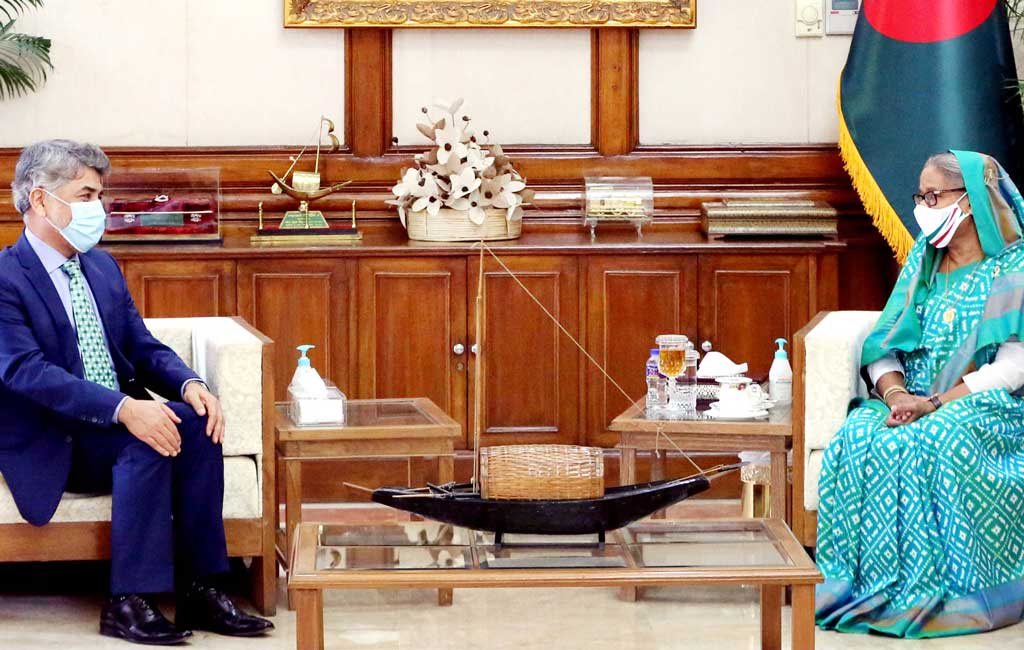 Prime Minister Sheikh Hasina on Monday offered help to Afghanistan in their efforts for development, stressing that peace is a must for progress.

“Peace is a must for development,” she said when outgoing Afghan Ambassador Abdul Qayoom Malikzad met her at her official residence Ganobhaban.

She said non-government organisations like Brac are working for the socio-economic development of Afghanistan.

The Prime Minister said the government has involved people so that their support can help establish peace.

She mentioned that the government is working to establish poverty and hunger free Bangladesh which was the dream of Father of the Nation Bangabandhu Sheikh Mujibur Rahman.

Talking about coronavirus, she said the whole world is reeling under various problems caused by this menace. “We’ve been fighting this menace.”

She termed relations between Bangladesh and Afghanistan wonderful as both the countries have been working together in many international forums.

She also conveyed greetings to the Afghanistan President.

Showing deep respect to Father of the Nation Bangabandhu Sheikh Mujibur Rahman, he said the historic March 7 speech of Bangabandhu has been translated into their local language.

He said the relations between the two countries have been strengthened under the leadership of Sheikh Hasina and termed Bangladesh’s development a ‘role model for all’.

The Ambassador thanked the Prime Minister for extending cooperation to Afghan embassy in Bangladesh.

Regarding trade and business between the two countries, he said there is enough scope to enhance that, particularly in the private sector.

He urged the Prime Minister to reopen Bangladesh’s Embassy in Afghanistan.

Principal Secretary Dr Ahmad Kaikaus was present on the occasion.