Modi thanks Dhaka for excellent arrangement during his visit 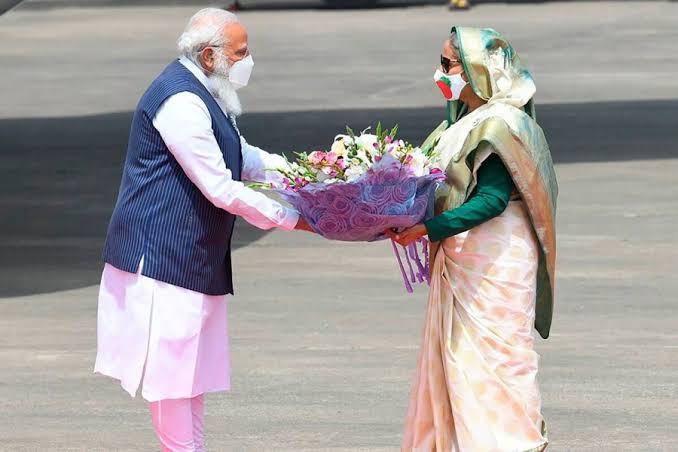 Indian Prime Minister Narendra Modi has conveyed his thanks to Dhaka for making ‘excellent arrangement’ during his recent two-day state visit here on March 26-27.

Modi visited Bangladesh to join the country’s grand celebration marking Birth Centenary of Father of the Nation Bangabandhu Sheikh Mujibur Rahman and 50-year anniversary of its independence as well as hold a bilateral meeting with Prime Minister Sheikh Hasina.

“I would also like to congratulate the Bangladesh Government for flawless organizing the spectacular celebrations on 26 March, to mark 50 years since Bangladesh’s liberation as well as the birth Centenary of Bangabandhu Sheikh Mujibur Rahman,” Modi wrote in the letter.

The Indian premier also recalled his meeting with foreign minister Momen. “It was a pleasure to exchange thoughts with you (Momen) during the visit,” Modi wrote.