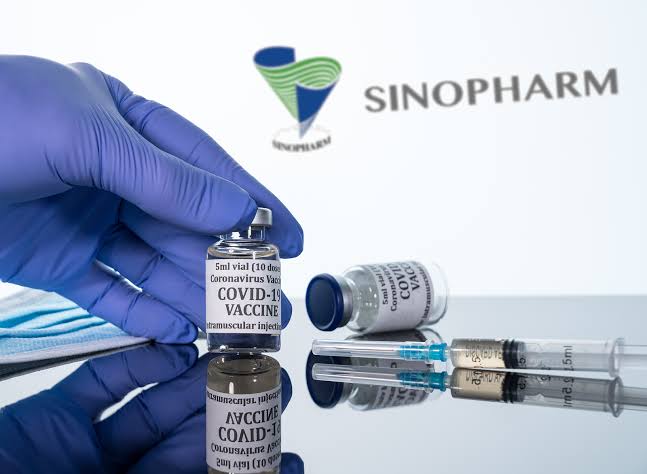 Bangladesh has informed China that they have a demand of 40 to 50 million doses of Sinopharm Covid-19 vaccine and expressed hope to bring those within December this year.

A letter of interest to buy the vaccine has also been sent to the Chinese authorities concerned, Health Minister Zahid Maleque said on Tuesday.

Meanwhile, an aircraft of Bangladesh Air Force (BAF) flew to China in the morning to bring the half a million doses of Sinopharm vaccine gifted to Bangladesh.

The health minister said following the letter China has asked to sign a non- disclosure agreement which Dhaka is reviewing right now.

He was replying to questions at a program arranged for handing over Covid-19 medicines and equipment to Nepal at the state guest house Padma in the capital.

Replying to a question, Zahid Maleque said they would like to have the vaccine doses in monthly consignment.

On April 29, the Directorate General of Drug Administration (DGDA) approved Sinopharm as the third Covid-19 vaccine for emergency use in the country. The directorate also approved Russia's Sputnik V on April 27 as the second such vaccine.

In the meantime, Chinese Ambassador to Bangladesh Li Jiming on Monday announced that 500,000 doses of Sinopharm vaccine would reach Dhaka on Wednesday as a special gift.

The health minister said the government contacted China and Russia to solve the vaccine crisis.

"Besides, we also urged the United States to provide 20 million doses of vaccine as soon as possible."

As the Serum Institute of India could not be able to provide the doses of vaccine they promised, a good number of people have to wait for their second jabs, he said.

From now on, the minister said, the vaccine would be administered in a way that there would be no scarcity for the second dose.

Nur Islam, assistant director of the Inter Services Public Relations (ISPR) Directorate, said the Air Force aircraft (C-130J) left Dhaka at 8:12am to bring the gifted doses of Chinese vaccine, according to a press statement.

The aircraft is expected to return on Wednesday morning, it added.

The Directorate General of Health Services (DGHS) said they would start the process of administering the Sinopharm vaccine, upon its arrival, among the jab takers who have already made registration for the first dose.

On Monday, Ambassador Li Jiming said China proposed providing the vaccine doses as a gift in February and the government of Bangladesh took three months to approve it.

He, however, said: "…The Bangladeshi government also gave emergency use authorization to the vaccine a week prior to the WHO's clearance, which I believe is a far-sighted decision."