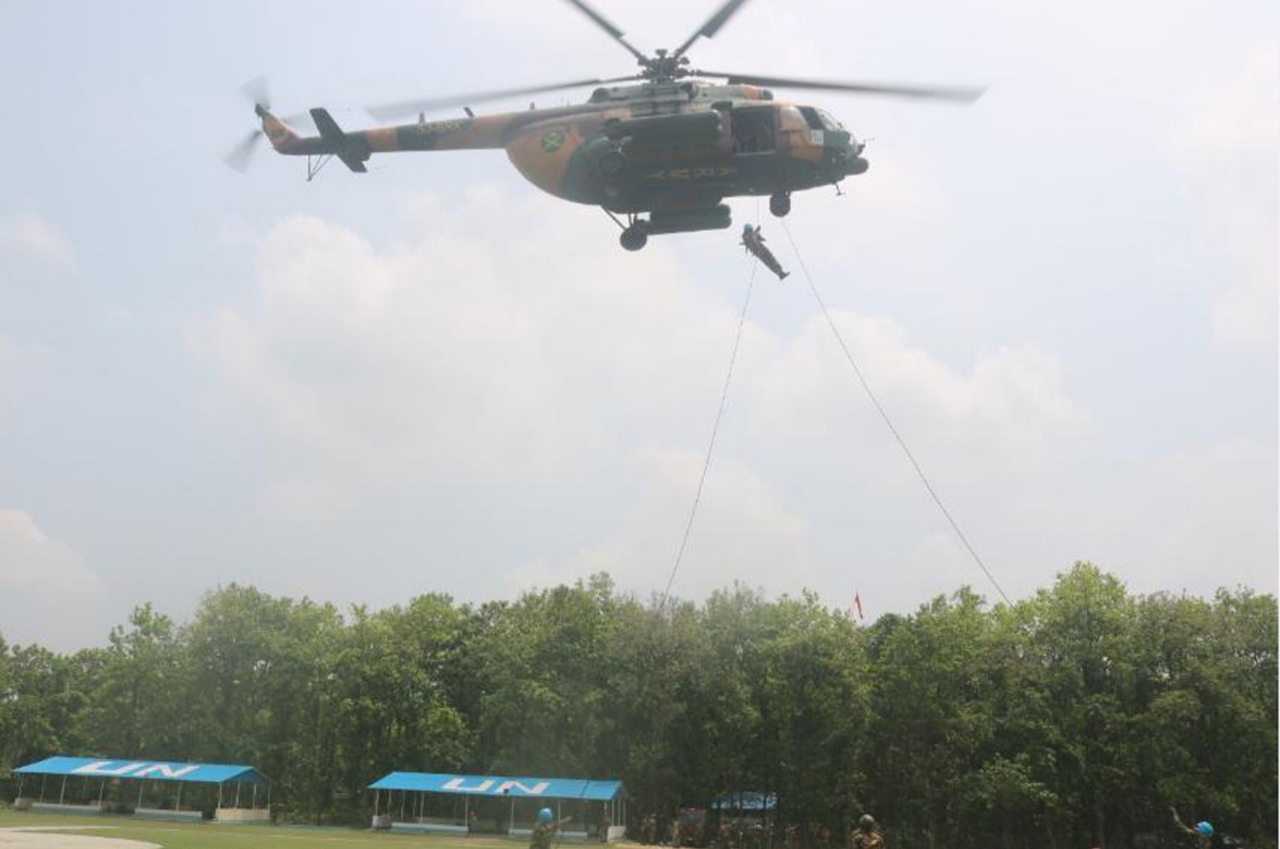 For the first time, female members of the Bangladesh Army have successfully completed landing training from a helicopter with full combat load through rappelling.

The training was recently held at the Bangladesh Institute of Peace Support Operation Training (BIPSOT) in Rajendrapur of Gazipur district. 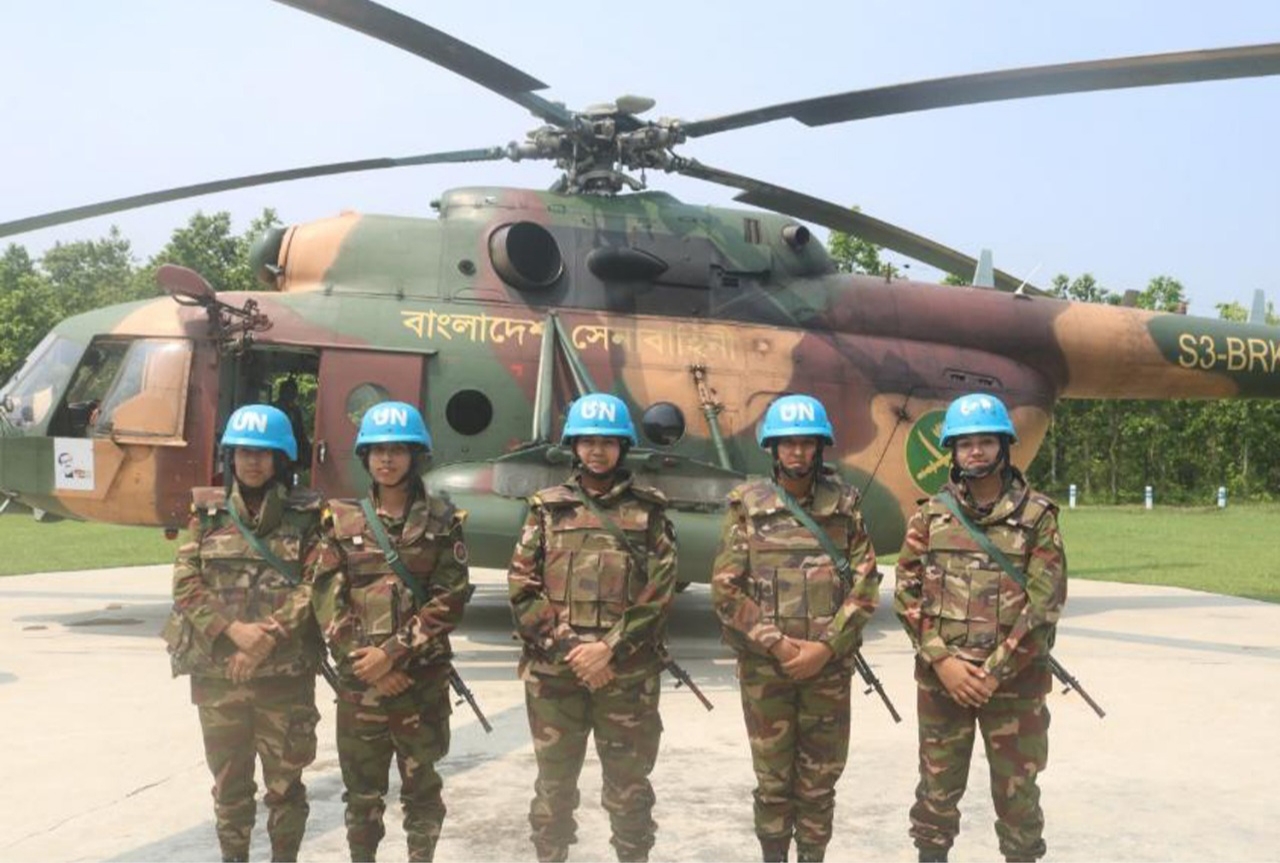 In pre-preparation for the deployment to the UN peacekeeping mission in Mali, a total of five female members of the Bangladesh Army, including four female soldiers, led by Captain Yasfin, Leader of the Banbat-8 Female Engagement Team, participated in the training, says an Inter Service Public Relation Press release.

The female members of the female engagement team has participated in a six-week field training exercise before being deployed to the UN peacekeeping mission in Mali. 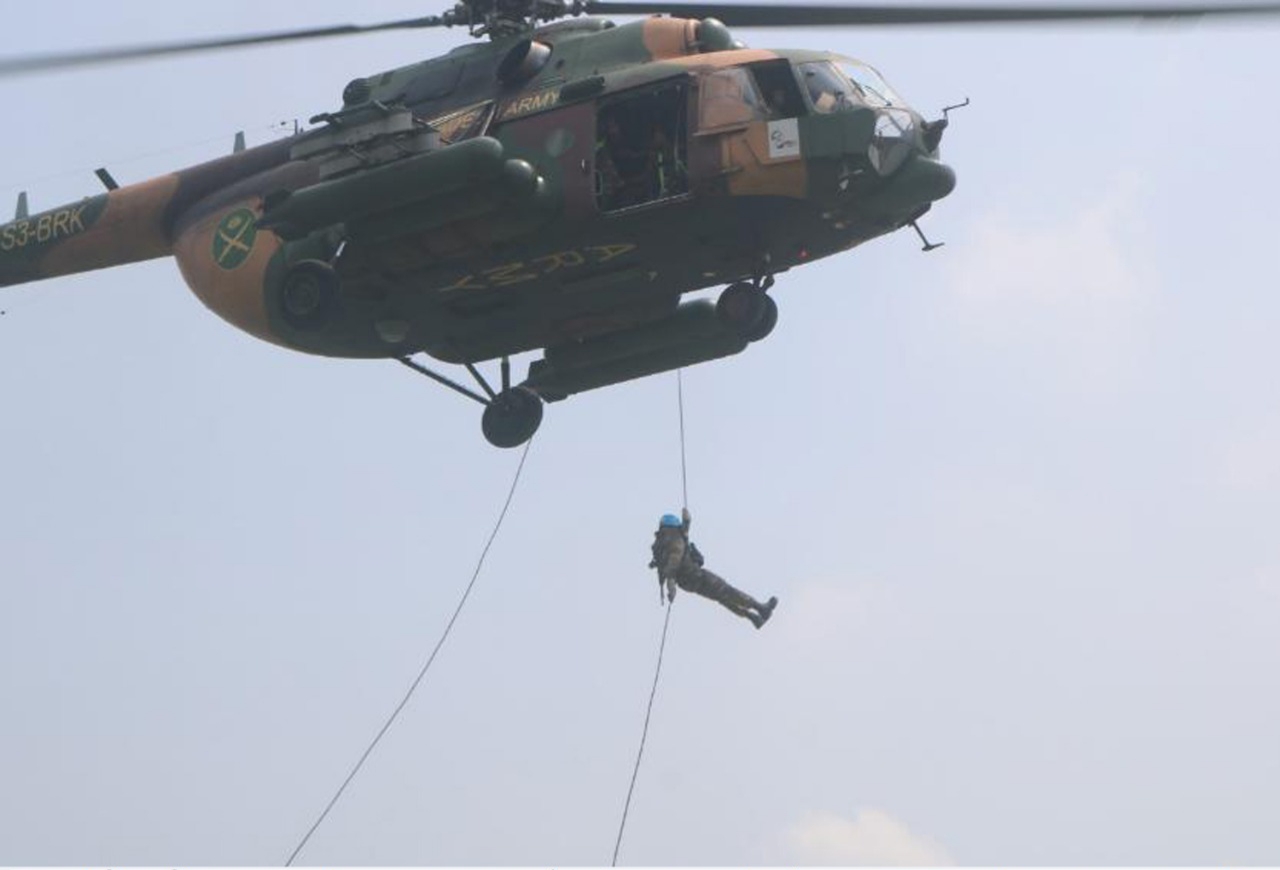 It is to be noted that the Bangladesh Army has been playing an important role in women's empowerment and gender mainstreaming by sending women army members as peacekeepers on unstable situation in the UN peacekeeping missions.

As part of this, the Bangladesh Army has started incorporating "Female Engagement Team" in the Infantry Battalion from January 2018, which is currently playing a significant role in making the UN peacekeeping mission more effective and efficient.