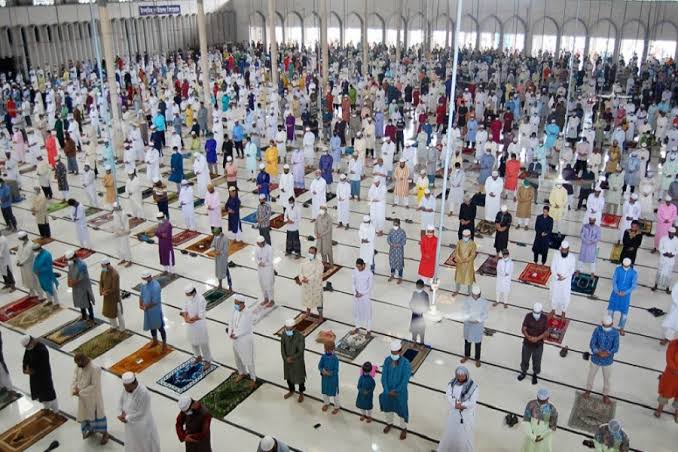 A total of five Eid-congregation (Jamaat) were held at Baitul Mukarram National Mosque in the capital in phases on the occasion of the holy Eid-ul-Azha, the second biggest religious festival of the Muslims.

The third congregation (Jamaat) was held at 9 am under the leadership of Maulana Ehsanul Haque.

Maulana Mohiuddin Qasim and Maulana Waliur Rahman Khan were lead the fouth and fifth eid jamaat at 10 am and 10:45 am respectively.

The pilgrims performed Eid prayers maintaining social distance, following hygiene rules to prevent coronavirus infection. As a result, no one was seen shaking hands or hugging at the end of the prayers.

Devotees came from different parts of the capital to take part in the jamaat of Eid-ul-Azha.

After that prayers, munajat were held for the welfare of the country and the nation.