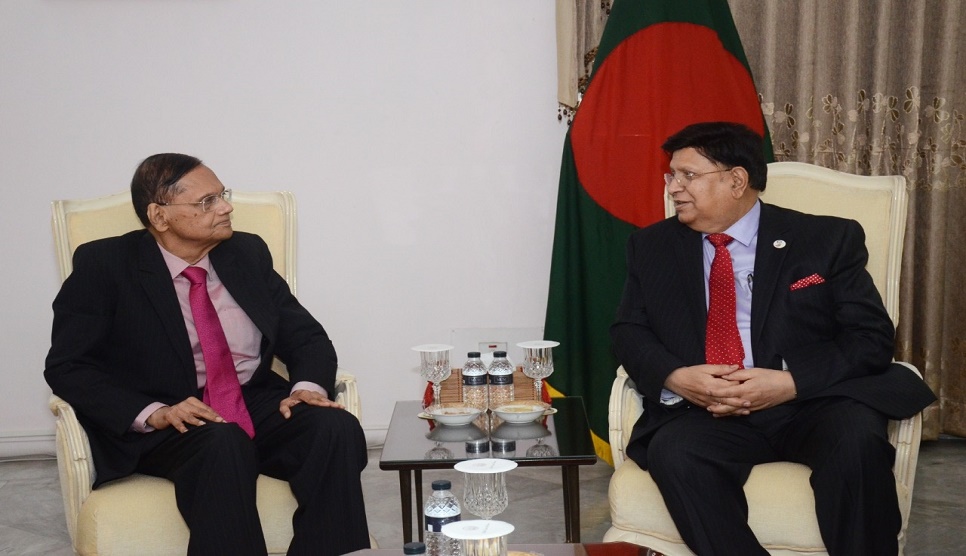 The Foreign Minister of Bangladesh and Sri Lanka have emphasised on expeditious conclusion of Preferential Trade Agreement (PTA) and enhancement of trade and commerce between the two countries.

They underscored to further strengthen air and maritime connectivity for the greater benefit of the two peoples.

Recalling the State Visit of Mahinda Rajapaksa, Prime Minister of Sri Lanka to Dhaka on March 19–20 on the occasion of Birth Centenary of the Father of the Nation Bangabandhu Sheikh Mujibur Rahman and the Golden Jubilee of the Independence of Bangladesh, he noted that it contributed in strengthening the ties of the two countries.

He recalled the recent meeting of President of Sri Lanka, Gotabaya Rajapaksa and Prime Minister Sheikh Hasina on the sidelines of the World Leaders’ Summit of CoP-26 and said that the leadership of Sri Lanka highly appreciated recent economic development of Bangladesh.

The Sri Lankan Foreign Minister reiterated the importance of close relations between the two neighbours. He particularly stressed on further cooperation in the sectors like trade and commerce, investment, tourism, connectivity, agriculture, fisheries, education, and people to people contact.

The Sri Lankan Foreign Minister sought collaboration on the area of e-commerce, involvement in the digital sector through sharing of Bangladesh’s expertise.