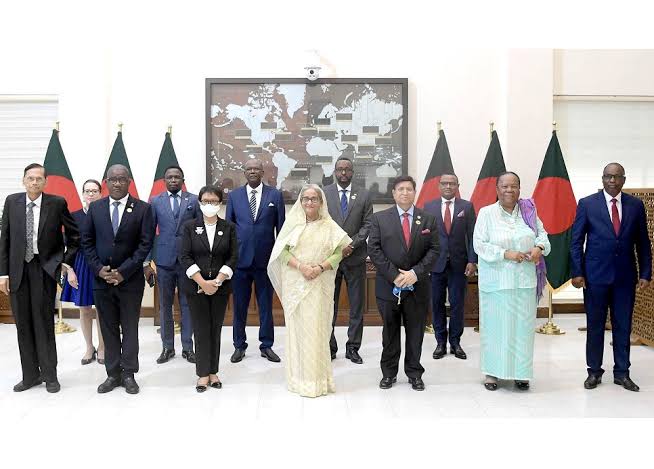 The prime minister said this while a delegation of 12 IORA member countries had a meeting with her at the Prime Minister's Office (PMO) in the capital.

Bangladesh, as the next chair of the IORA, is hosting the 21st IORA Council of Ministers' (COM) meeting in Dhaka.

During the meeting, the delegation members also stressed the need for making a collective effort by IORA nations for development of blue economies.

The premier said, “Though there are enormous potentials, our intra-region investments are modest. There is ample scope for expanding the bilateral trade and investment relations among the IORA member countries."

The Prime Minister welcomed the delegation in Bangladesh to attend the 21st IORA Council of Ministers' (COM) meeting.

About controlling the coronavirus pandemic, the Prime Minister said they have successfully brought the Covid-19 pandemic by taking various timely and effective measures.

Due to the measures taken by her government to fight the Covid-19 pandemic, she said, "The rate of economic growth is still robust."

The premier said, "We are making efforts to produce the Covid-19 vaccine."

Sheikh Hasina said her government has been working to transform Bangladesh into a developed and prosperous nation by 2041.

Speaking on the occasion, each of the delegation members highly praised the role of Sheikh Hasina in containing the Covid-19 pandemic and her strong role in the COP26 conference.