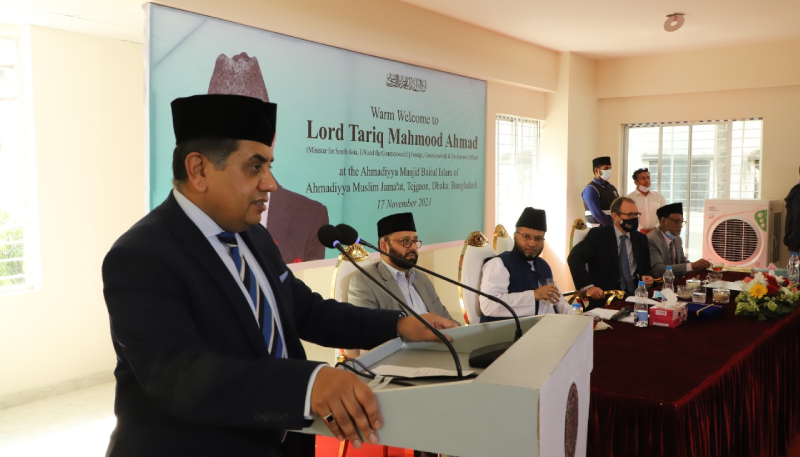 The visiting UK minister for South Asia Lord Tariq Ahmad of Wimbledon has said rights to expression and religion are the basic and birthrights of humans and his government is working to uphold those.

He said religious and sectarian division pushes a country to the brink of devastation.

“Bangladesh has played a role in maintaining communal harmony and it has to be maintained at any cost,” said Lord Ahmad while visiting a mosque of Ahmadiyya Muslim Community at Indira Road in Dhaka on Wednesday, said a press release.

Citing the long bilateral cooperation between the UK and Bangladesh, Lord Ahmad said Bangladesh and the UK will act united to ensure proper guidance to the next generations and provide them with proper education.

Lord Ahmad, a member of the Ahmadiyya community, said the Ahmadiyyas in Bangladesh have an inseparable link with the country’s independence.

“Bangladesh also earned special honour before the world for its significant development in the past 50 years. Members of all religions and sects have contributed to these developments,” he added.

Quoting Ahmadiyya supreme leader Mirza Masroor Ahmad, the UK minister said peace could not be established in the world without ensuring absolute justice and this policy should be spread across the globe.