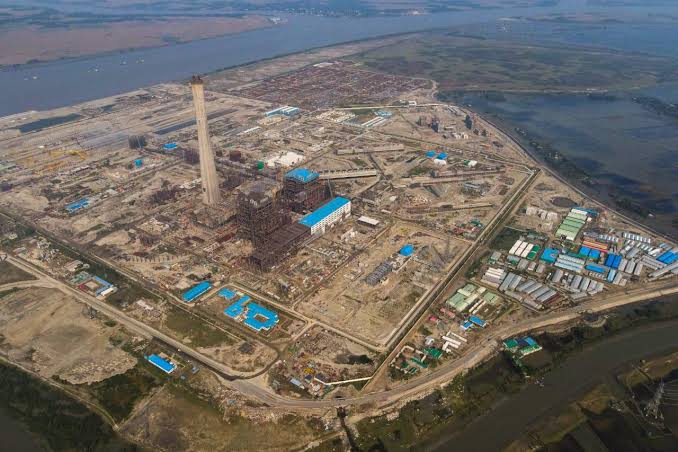 The Bangladesh Prime Minister is expected to pay a three-day state visit to India on September 5-7, diplomatic sources said.

The visit is given the utmost importance by the Modi government as Bangladesh happens to be one of India's closest allies.

Diplomatic sources said the officials of the two countries are working out details of the high-profile visit and making it a complete success.

Touted to be Bangladesh’s largest power plant, the coal-fired station is being set up by Bangladesh India Friendship Power Company Limited, a 50:50 joint venture between India’s NTPC and Bangladesh Power Development Board. The project is worth $1.5 billion.

Before Prime Minister Sheikh Hasina arrives in Delhi, trial runs between Kolkata-Chattogram-Mongla ports for India-Bangladesh trade will begin posting a new chapter in the bilateral ties, according to a report published by the Hindustan Times on Sunday.

The first vessel from Kolkata is expected to reach Mongla on August 5 carrying 16 tons of iron pipes heading towards Meghalaya using the Tamabil-Dwaki border points and 8.5 tons of pre-foam in another container for Assam using the Birbirbazaar-Srimantpur border points.

This exercise will create cheaper and alternative routes for India to reach its North-East region while at the same time carrying export-import containers for Bangladesh, reads the report.

Official sources said other than the Rampal power plant inauguration, broad energy cooperation, water resource management and defence cooperation are on the cards.

There is a last-minute push from Bangladesh to inaugurate 'Swadhinata sarak'- from Mujibnagar to Nadia of West Bengal during the visit of Prime Minister Sheikh Hasina.

Being a close ally of India, the Modi government has also allowed the export of much-required wheat to Bangladesh through Hili Land Port in Dinajpur, as a result of which the price of wheat has gone down, easing inflation concerns in Dhaka.

India supplies nearly 66 percent of wheat to Bangladesh, while its imports from Ukraine, some 15 percent every year, have been hit by the war with Russia.

The economy and the infrastructure development under Sheikh Hasina are progressing with the Bangladesh economy is projected to grow by over 6 per cent this financial year.

Dhaka like all the other countries in the Indian sub-continent has been hit by the soaring dollar value against their local currencies. However, the Bangladesh currency Taka is holding against the USD as compared to the Pakistani Rupee and Sri Lankan Rupee.

A 1600 MW power plant is being commissioned by the Adani group in Godda of the Indian state Jharkhand.

The power produced by this plant is dedicated to the Bangladesh power board through a dedicated transmission line from Godda through West Bengal to Bogura district, a distance of 90-km from the Indian border.

The power ministry has directed the private company to start power generation as early as possible.

The draft talking points also include the early repatriation of Myanmar’s Rohingyas temporarily sheltered in Bangladesh to Rakhine State.