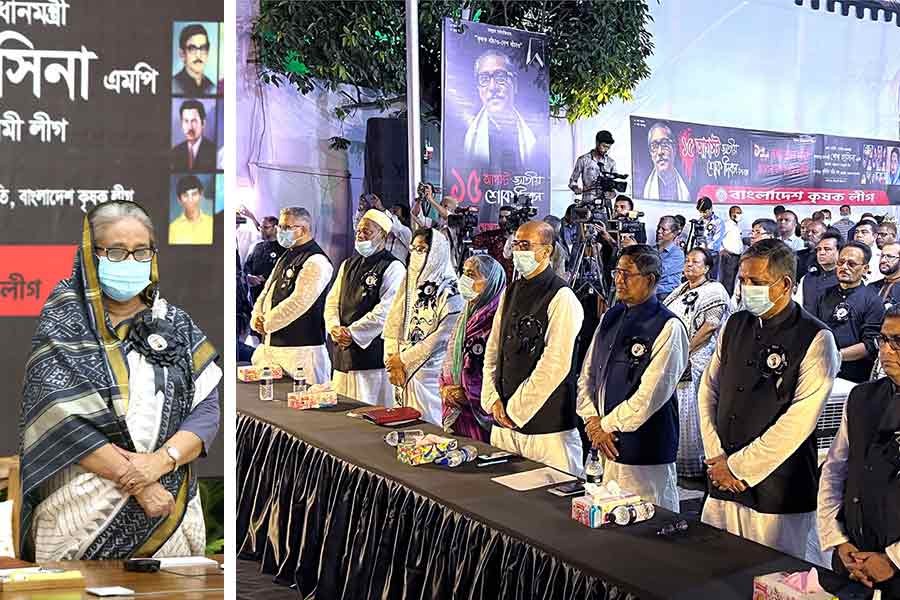 Prime Minister Sheikh Hasina on Monday criticised BNP leaders for ‘hurricane lamp’ movement against the government's initiative to save power and energy to protect Bangladesh from any future danger due to skyrocketing prices of energy globally for the Russia-Ukraine war.

"BNP leaders are carrying out a movement with hurricane (lamp). They will have to be given hurricane to be carried in their hands --- give hurricane in their hands," she said in a slanted expression in Bangla to ridicule someone involving a traditional kerosene-lit lamp widely used until the last century.

The prime minister was addressing a blood donation programme as the chief guest marking the first day of the month of mourning, joining virtually from Ganabhaban in Dhaka.

Bangladesh Krishak League (BKL) organised the function on the premises of Father of the Nation Bangabandhu Sheikh Mujibur Rahman Memorial Museum at Dhanmondi 32 in the capital.

The prime minister said her government has reached power to every house across the country and is now taking precautionary measures to save power and energy.

"We're taking measures for saving power and energy to protect Bangladesh from any danger in future as even the developed countries like USA and UK and neighbouring India are facing difficulties and focus on saving energy due to the global situation for Russia-Ukraine war," she added.

The power generation reduced to 3,000 MW from 4,300 MW during the tenure of the BNP government as they were engaged in massive corruption, she said.

Her government would work to ensure the safety and wellbeing of the countrymen, she added.

At the outset of the programme, a one-minute silence was observed to show due respect to the martyrs of August 15, 1975, carnage including Father of the Nation Bangabandhu Sheikh Mujibur Rahman, his wife, three sons and two daughters-in-law.