Two trains about to collide on same line in Rajshahi 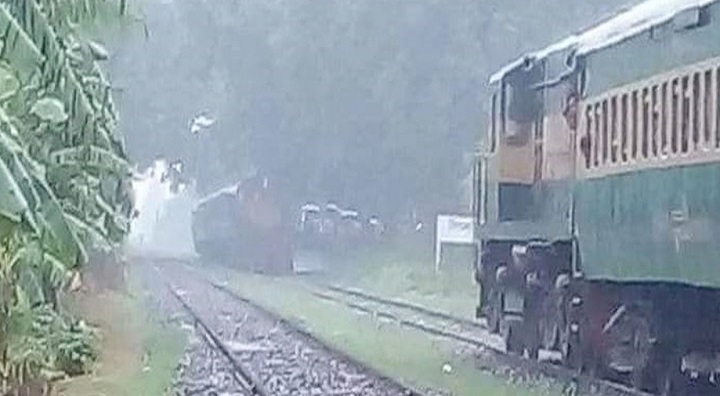 Two trains entered the same line from opposite direction at Sitlai railway station on the Rajshahi-Rahanpur route around 9:45 am on Monday (August 1).

However, due to low speed, the trains were able to escape major accident.

Rajshahi Railway Police Sub-Inspector Anisuzzaman, citing Sitlai Railway Station Master Abdul Matin, said that the Rahanpur-bound commuter express train left Ishwardi at around 9:45 am was entering the station on line number one. At that time, Mahananda Express, a mail train bound for Khulna, entered the same line from Rahanpur. Both the trains were slow at that time. After retreating, the commuter express exited through line number 2.

Asim Kumar Talukder, General Manager of Western Railway, said that very few trains go to Sitlai railway station. The platform line is generally kept safe. Another train is inserted outside. Here, another train entered the platform even after it was on the line. Later a train was brought back and taken out of the line.

He further said that whether the train driver had disobeyed the signal or the station master was negligent will be investigated. Action must be taken against those responsible, he added.