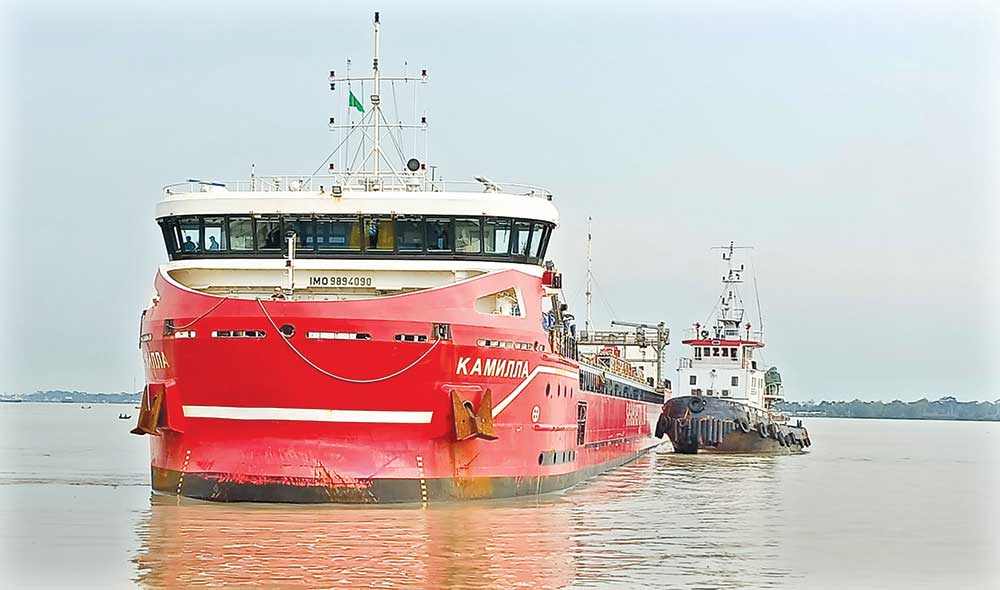 The Russian flag carrier ‘MV Kamilla’ anchored at the 6 no jetty of the port at 4:00 pm, which is the first transport of any Russian ship to Bangladesh since the Russian-Ukrainian war began on February 24 this year.

HM Dulal, owner of the contractor institution of the imported goods Nuru and Sons, said after unloading, these goods will be transported to the Rooppur power plant as soon as possible.

Mongla Port Authority Chairman Rear Admiral Mohammad Musa said the machineries and ultramodern equipment of all the major ongoing projects of the country are imported from abroad.

Though there was a break for some time due to the Ukraine-War, he hoped that from now goods will be imported by Russian ships regularly.

On October 17, 2021, a Russian ship had arrived at Mongla Port with 3,700 tonnes of machineries for Rooppur nuclear power plant.