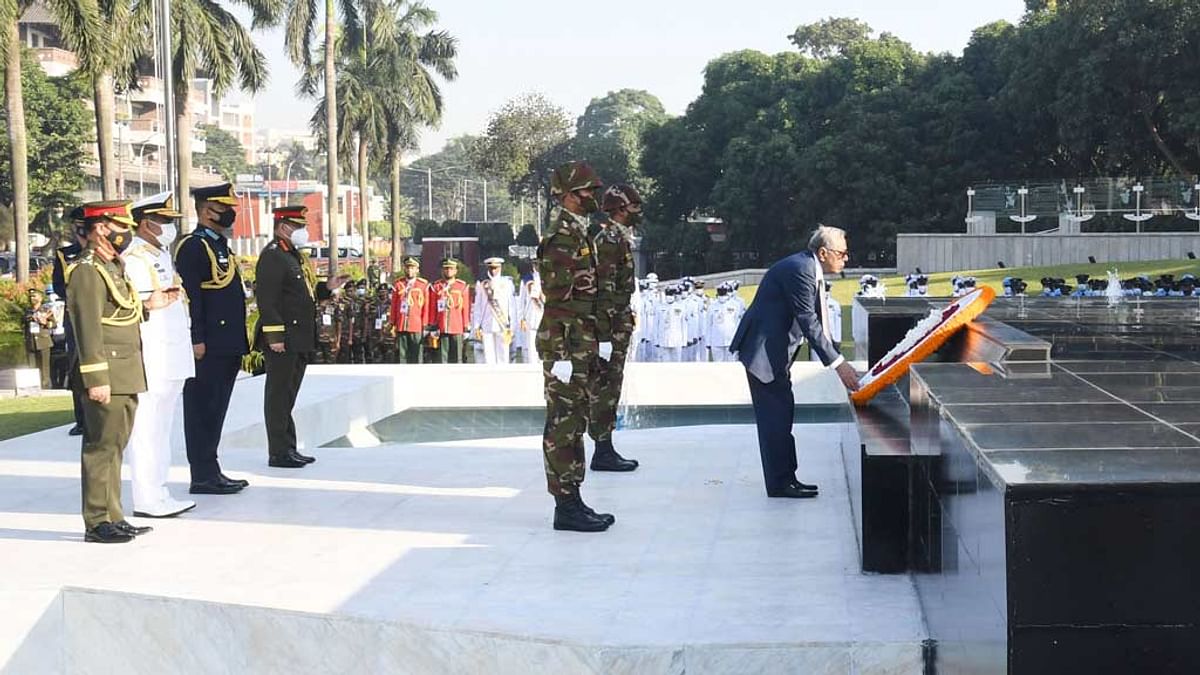 President M Abdul Hamid on Monday paid glowing homage to the Armed Forces martyrs, who made their supreme sacrifice during the War of Liberation in 1971, on the occasion of the Armed Forces Day.

The President, who is also the Supreme Commander of the Armed Forces, paid the tribute by placing a wreath at the altar of Shikha Anirban (flame eternal) in Dhaka Cantonment this morning and stood in solemn silence for a while as a mark of profound respect to the memories of the martyrs.

A smartly turned out contingent of the Army, Navy and Air Force presented a salute at that time.

On this day during the War of Liberation in 1971, the Bangladesh Armed Forces comprising Army, Navy and Air Force, came into being and launched an all-out attack on the Pakistani occupation forces.

After the independence of the country, this historic day is being observed as the Armed Forces Day every year.