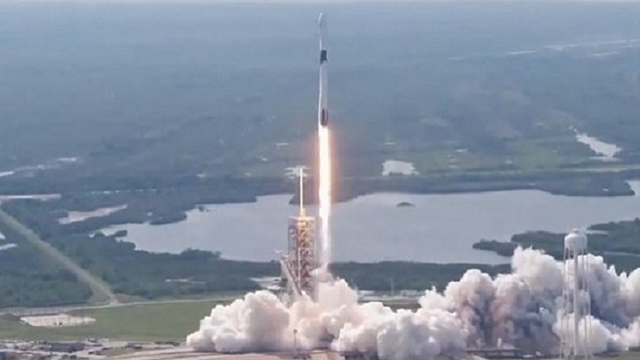 The nation's dream satellite, Bangabandhu-I, was launched in the early hours of Saturday.

The historic event of Bangladesh's debut in the space society took place at 2:14 am Bangladesh time when the country's first geostationary communication satellite started its voyage towards the orbital slot from the Kennedy Space Centre in Florida, the USA.

Falcon 9, the finest rocket of American firm SpaceX, started to carry the satellite to the orbit from the Cape Canaveral launching pad at 4:14 pm US local time.

A Bangladesh delegation, led by Prime Minister's ICT Affairs Adviser Sajeeb Wazed Joy, witnessed the launching of the satellite, which was visible for around seven minutes in the Florida's clear sky.

"On this day I would like to remember Father of the Nation Bangabandhu Sheikh Mujibur Rahman who initiated the task of entering the space age by setting up the country's first ever satellite earth station in 1974," said State Minister for ICT Division Zunaid Ahmed Palak, who also witnessed the momentous event from Florida. 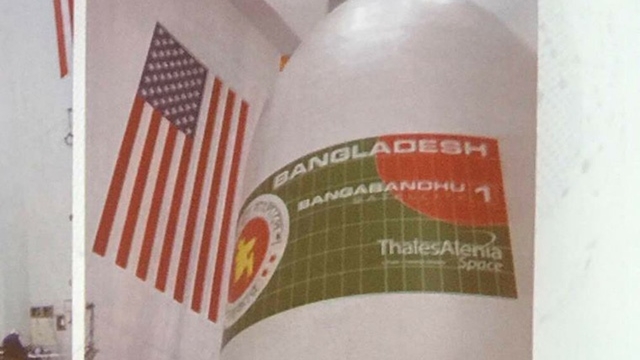 He said launching of Bangabandhu-I satellite is an instance of technology-led transformation of Bangladesh under the leadership of Prime Minister Sheikh Hasina and her ICT Affairs Adviser Sajeeb Wazed Joy.

"Bangabandhu-I is also a timely initiative of Prime Minister Sheikh Hasina, who has envisioned building Digital Bangladesh by 2021," the state minister said.

The launching process of Bangabandhu-I satellite, however, was postponed early hours of Friday due to 'standard ground system auto abort'.

"Standing down Friday due to a standard ground system auto abort," SpaceX tweeted, clarifying cause of postponement.

The SpaceX also said that the rocket and satellite "are in good health" and its teams are working on resuming the launching on Saturday. 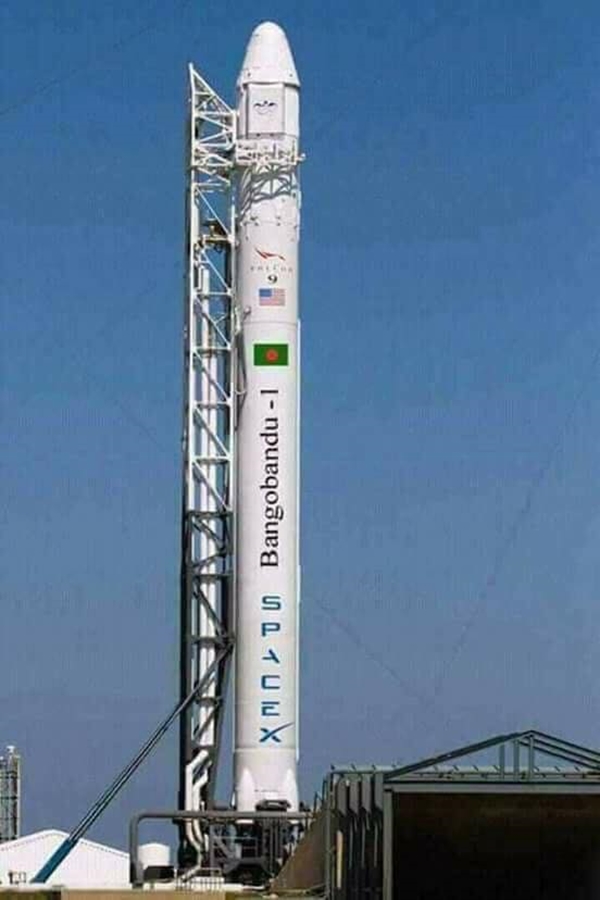 Prime Minister's ICT Affairs Adviser Sajeeb Wazed Joy in a Facebook status also said that the final minutes of the launch are fully controlled by computers. If the computer finds any measurement is out of normal it aborts the launch.

"On Friday it aborted the launch just 42 seconds before launch. SpaceX will check everything and attempt the launch again tomorrow at the same time. This is quite normal for rocket launches as you cannot take any risk," he said.

With sending the Bangabandhu-I to the orbit, Bangladesh has become the 57th country to launch a geostationary communication satellite.

The launching has two phases. The first is the Launch and Early Orbit Phase (LEOP), and the second phase is Satellite in Orbit. The LEOP phase will take 10 days while the second will take 20 days. 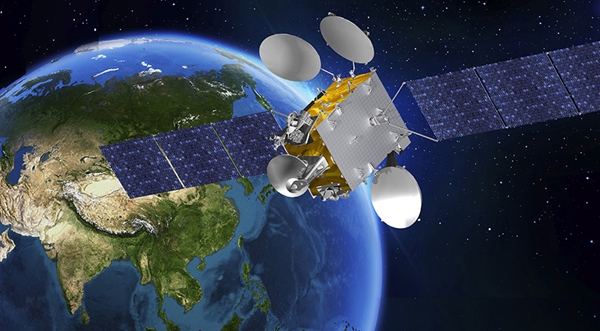 Dr Mahmood said after completing and traveling several processes, few more days will be required to tame the satellite at its Gazipur's Joydebpur and Rangamati's Betbunia ground stations.

SpaceX had previously planned to launch the satellite using Falcon-9 rockets on December 16, 2017, but the launch was postponed due to damage from Hurricane Irma.

The government took the Bangabandhu-I project in May 2015 and assigned the Thales Alenia by signing a $248- million deal in November same year.

Thales Alenia completed the manufacturing works of the satellite few months ago and kept it in a warehouse in Cannes of France. Later, on March 29, the satellite was shitted to Florida. 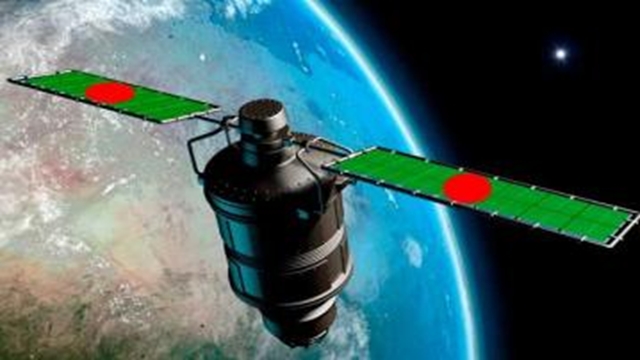 Two ground stations for controlling the satellite have already been built at Joydebpur of Gazipur and Rangamati's Betbunia. The satellite has 15 years for mission life span while another 3 years for its design.

Bangabandhu-1 Satellite is to establish Bangladesh's own stake on the space opening up enormous opportunities providing three types of advantages involving fields of field of information and communication technology (ICT) and broadcasting industry alongside brightening Bangladesh image.

Experts and officials said the country's first geostationary communication satellite will firstly help expansion of internet and telecommunication services in remote and rugged areas which still remained beyond the coverage.

It will also save foreign currency expenditure while the local TV channels huge viewership particularly in the Middle East countries are expected to be its main commercial user. On the other hand, the country can earn foreign currency by renting the Bangabandhu-1 transponders to other countries.