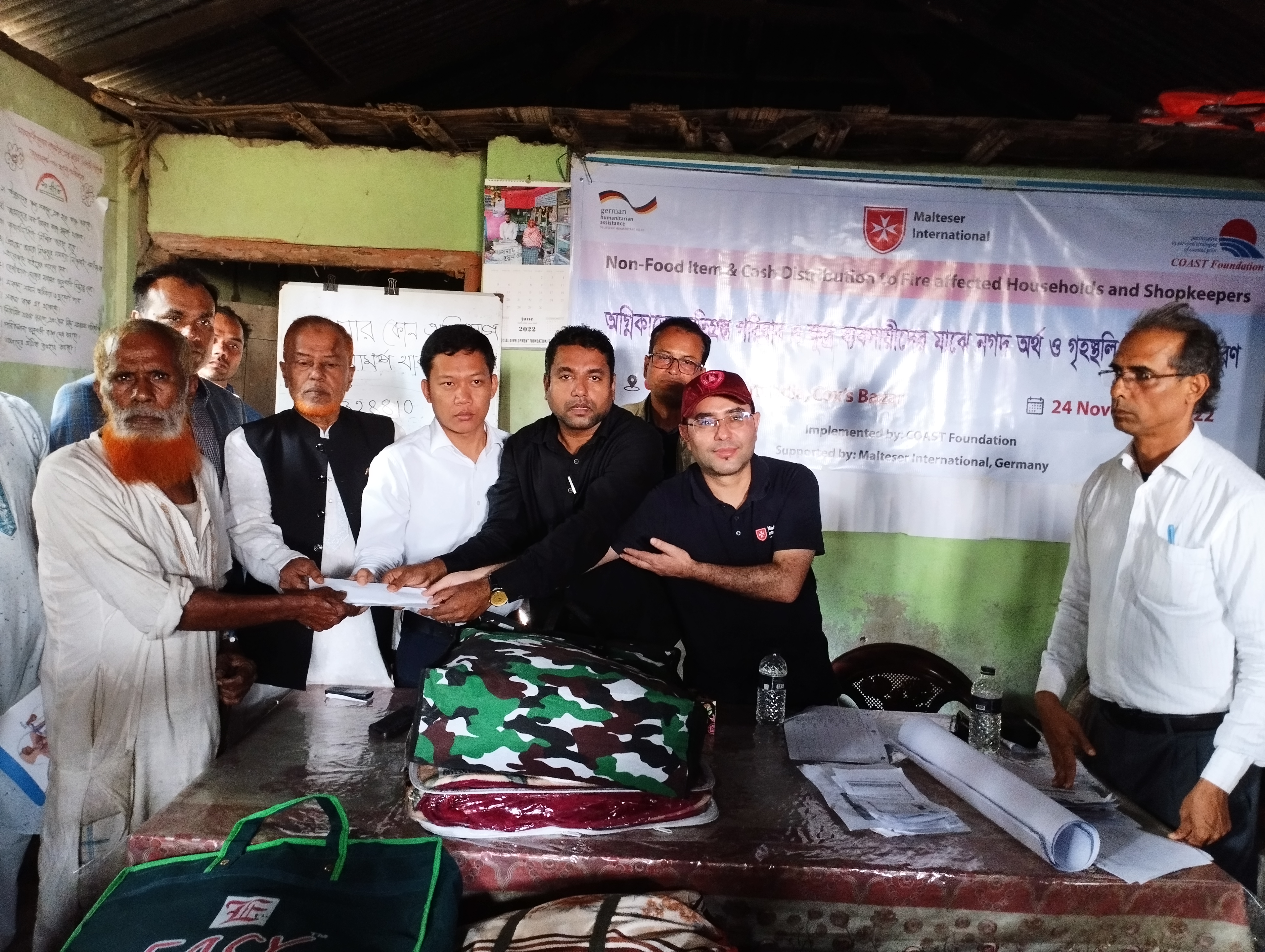 Today, on 24 November 2022, COAST Foundation has distributed cash assistance to 24 families and 19 shopkeepers who were affected by fire incident in Kutubdia Island in Cox’s Bazar which is supported by Malteser International, Germany.

It is noted that on Friday (November 18) at midnight, a massive fire took place in Amjakhali Al-Amin Market of Baraghope Union in Kutubdia Upazila in Cox’s Bazar. A total 24 residential houses and 19 shops were burnt down. 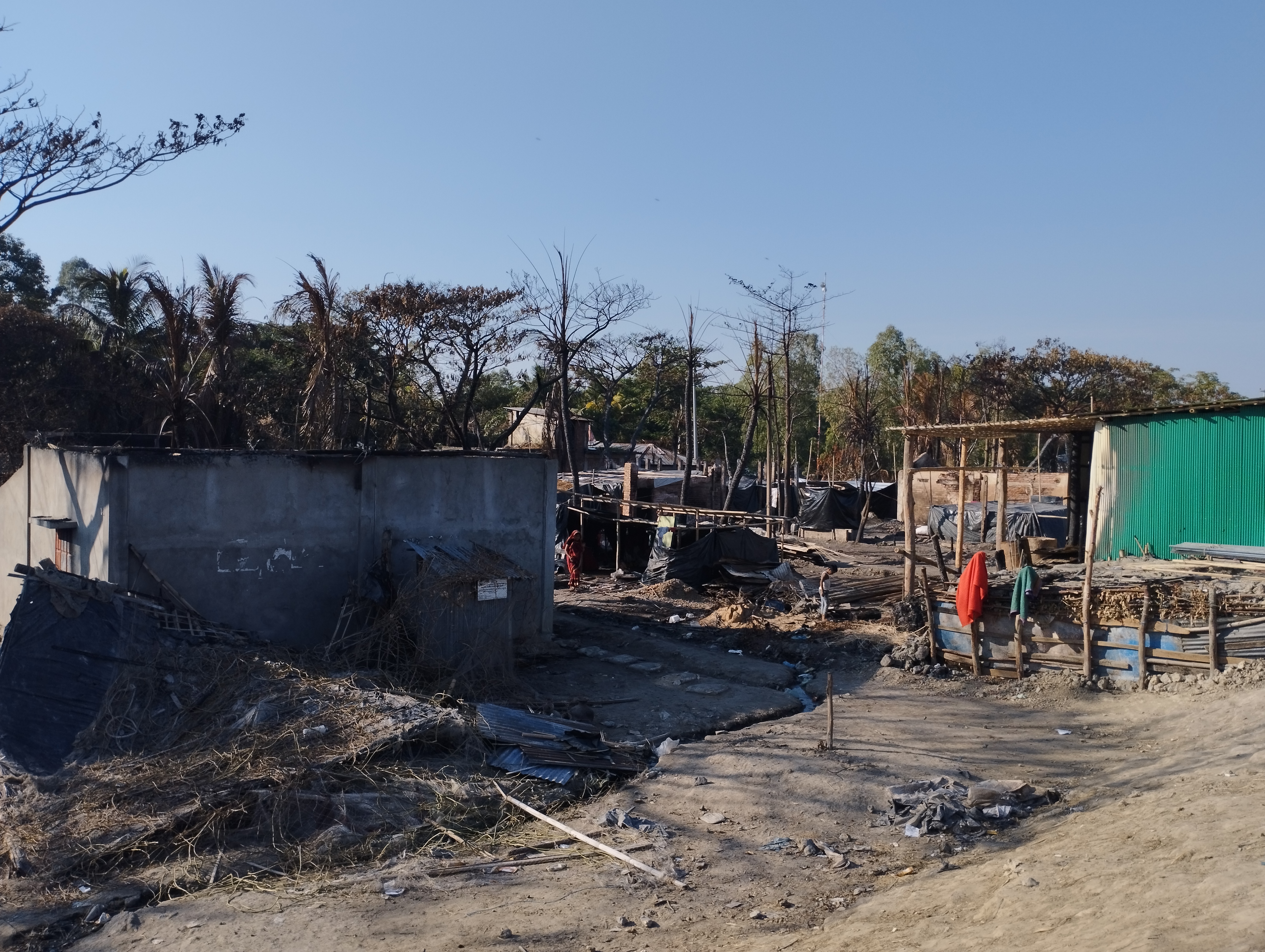 In this emergency response, Shahinul Haque Marshal, the chairman of Cox’s Bazar Zilla Parishad was present as chief guest.

Gorge Mitra Chakma, the Assistant Commissioner (Land), Rajan Ghimire, the Country Director and Matin Shardar, the Program and Partner Coordinator of Malteser International were present as special guest during the distribution.

COAST has been managing a project named, “Emergency Response preparedness for FDMN and Host Communities in Cox’s Bazar District,” project along with three Malteser International partners in Bangladesh.

According to the rapid need assessment, if has found that 100% families need to meet critical and lifesaving services to overcome crisis situation. The assessment has found that 88% fire affected households need cash support to purchase necessary things by own. 63% households mentioned for House rebuilds and 42% said about construction of Toilets and 25% spoke about House repair and 13% said that they need house repairing materials.

The fund can be used based on the needs at households’ level either to purchase food, NFI, other materials, use to rebuild their shelter or invest for livelihood options as they have lost everything they have.

Each of 24 affected families received BDT 20,000 emergency multipurpose cash support and each of 19 shopkeeper got BDT 15000 as emergency startup support to start again their business.

The distribution event was moderated by Zahangir Alam, Assistant Director of COAST Foundation.