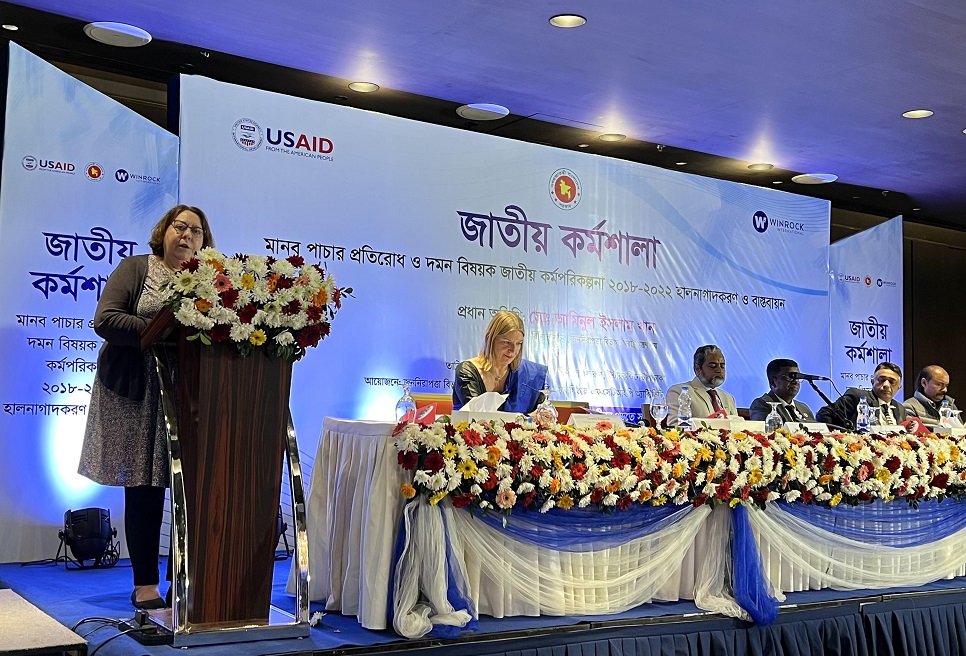 The United States has praised for making progress in curbing trafficking-in-persons in recent years, having established seven special tribunals, created anti-trafficking task forces and implemented the National Plan of Action.

It said the expansion of the National Plan of Action will run through 2025 and strengthen measures to prosecute perpetrators more efficiently while protecting survivors and helping them reintegrate into society.

US Embassy Chargé d’Affaires Helen LaFave joined Md. Aminul Islam Khan, Senior Secretary of the Public Security Division of the Ministry of Home Affairs, and other Government of Bangladesh officials to inaugurate a workshop to revise and extend the National Plan of Action for Prevention and Suppression of Human Trafficking.

The US Agency for International Development’s (USAID) Fight Slavery and Trafficking in Persons project organised the event to bring together government and civil society stakeholders to incorporate feedback from regional workshops into the revised National Plan of Action.

“No plan can be successful if it doesn’t lead to action.  This is why the United States will continue to support the Government of Bangladesh’s efforts to strengthen the National Plan of Action and end the horrific crime of trafficking-in-persons,” said Chargé d’Affaires LaFave.

The US government has supported Bangladesh’s efforts to develop the National Plan of Action and prevent trafficking-in-persons.