City planners for including realtors in DAP working committee 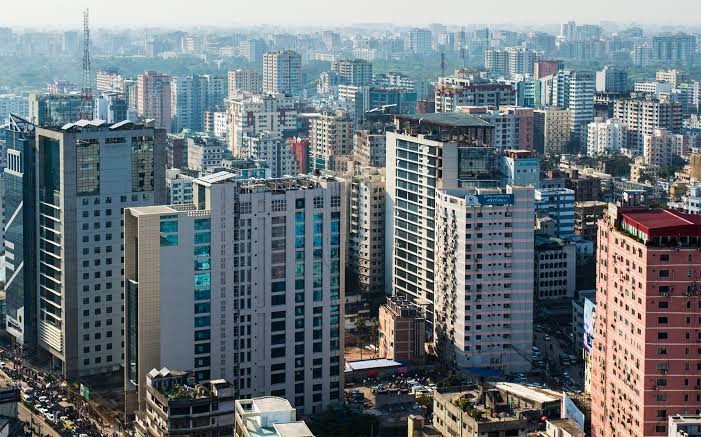 City planners and industry insiders have appreciated the working committee of Rajdhani Unnayan Kartripakkha (Rajuk) on implementation of detailed area plan (DAP) suggesting inclusion of realtors in the platform.

The capital development authority on January 17 issued an order regarding the working committee that has been formed with a single organisation -- Institute of Architects Bangladesh.

Welcoming the committee, experts stressed the need for inclusion of top organisations like Bangladesh Land Developers Association and Real Estate Housing Association of Bangladesh to implement the DAP comprehensively.

Institute of Planning and Development (IPD) executive director Adil Muhammad Khan said that the office order of Rajuk has a gap in terms and conditions and keeps limited scope for knowledge sharing among the stakeholders in housing sector.

“There should be a room for all to have suggestions from different quarters. When an authority develops any plan or project, there is a global practice of receiving recommendations from experts and industry practitioners. The committee formed with a single organisation may raise questions on detailed area plan,” Prof Adil Mohammed Khan of Jahangirnagar University, told Daily Sun.

The noted urban planners thinks the implementation of DAP will easier when the committee ensures multiple representation while accepting logical proposals of all parties.

The implementation of DAP faced setback in 2020 without representation of entrepreneurs, according to industry insiders.

Industry insiders mentioned that the authorities concerned should take the opinion of major organisations in the housing sector, including Bangladesh Land Developers Association (BLDA) and Real Estate and Housing Association of Bangladesh (REHAB).

Talking to media, Rajuk chairman Anisur Rahman Miah did not want to term the proposed platform of architect as a committee actually.

“Institute of Architects made some demands to LGRD minister. Then, the minister assured the engineers to take logical proposal from experts for forwarding recommendations to cabinet committee. The cabinet will take the final decision,” he said.

The official suggested that the interested organisations will have to apply to local government ministry for inclusion in the committee.

“Rehab or any organizations can apply for the inclusion in the committee. If the ministry allows, we will look into the matter,” Miah said.

Bangladesh Land Developers Association (BLDA) and Real Estate and Housing Association of Bangladesh (REHAB) are working to ensure housing for all as per the target of Prime Minister Sheikh Hasina.

Welcoming the working committee formed by Rajuk on DAP, BLDA general manager Nowsherul Alam said that the platform will bring opportunity to enrich the policy.

"It is appreciable to have a place for discussion. Stakeholders will certainly get an opportunity to present rational proposals through the Working Committee. However, 80 percent of the demand in the housing sector is met by private sector entrepreneurs. The committee should include BLDA and REHAB for getting suggestions,” Nowshedul Alam told Daily Sun.

Alam thinks that the policy implementation may remain incomplete if there is no representation of these two organizations – BLDA and REHAB.

The people involved in the housing industry claim that the project framed in 2010 was not implemented completely as it did not have representations of the entrepreneurs.

The government published the gazette of DAP in August last year.

A sense of confusion has been arisen this time too as the DAP has been finalised without taking any suggestions from the housing sector.