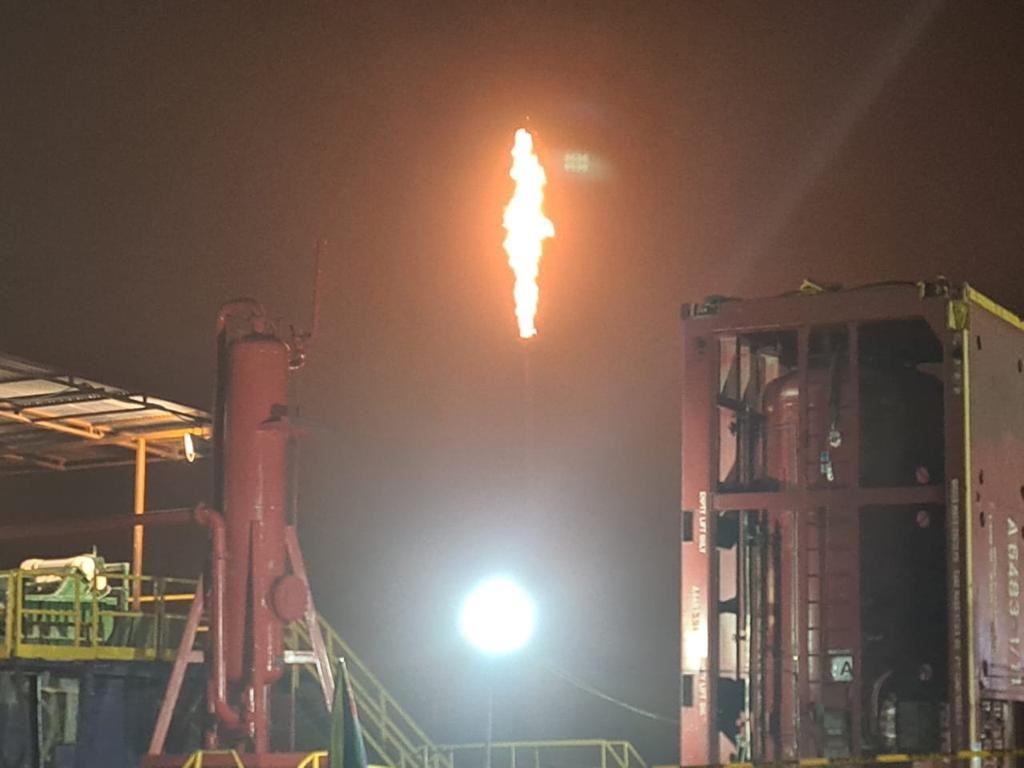 More reserves of gas have been found in the Bhola North-2 gas field of the country.

The Ministry of Power, Energy and Mineral Resources in a press release said that new gas was found from an appraisal well.

It mentioned that the drilling works started at the Bhola North -2 Gas Filed on December 5 last year and ended on January 17 this year after reaching 3,428 metre depth to the underground ground.

“On Monday, the discovery was made after completion of the Drill-Stem Testing (DST).”

The DST in exploration wells is the last step of oil and gas exploration.

“The actual amount of gas production will be determined after completion of the final production testing. But Bapex is hopeful that the field would produce 20 MMCF per day,” said the release.

The state-owned Petrobangla has plans to drill a total of 46 exploration, development and work-over wells from 2022 to 2025.

Nasrul Hamid directed the officials of his ministry and subordinate bodies to further intensify the ongoing gas exploration and production activities, saying that the government has been working to ensure the energy security of the country.

He said efforts have been continuing to sign short and long term contracts with oil and gas producing countries like Qatar, Saudi Arabia, United Arab Emirates and Brunei alongside activities to increase the local gas exploration.

The ministry also in a Facebook post announced the new find saying that the field would produce 20 million cubic feet of gas per day (MMCFD).

“This state-owned Bangladesh Exploration and Production Company Limited (Bapex) brought good news at this moment of global energy crisis,” it said congratulating all its staffs involved in the drilling works.

Earlier on November 3 last year the ministry made a similar announcement about the discovery of new gas in the Bhola gas field.

At that time, State Minister for Power, Energy, and Mineral Resources Nasrul Hamid announced a new structure of 239 billion cubic feet (BCF) of natural gas from the exploration well No-Togbi-1 under the Bhola gas field.

“But this will take one-and-a-half to two years to start producing gas from the well and supply it to the national gas network”, he had told reporters while sharing the “good news” at a press briefing at his ministry conference room at that time.