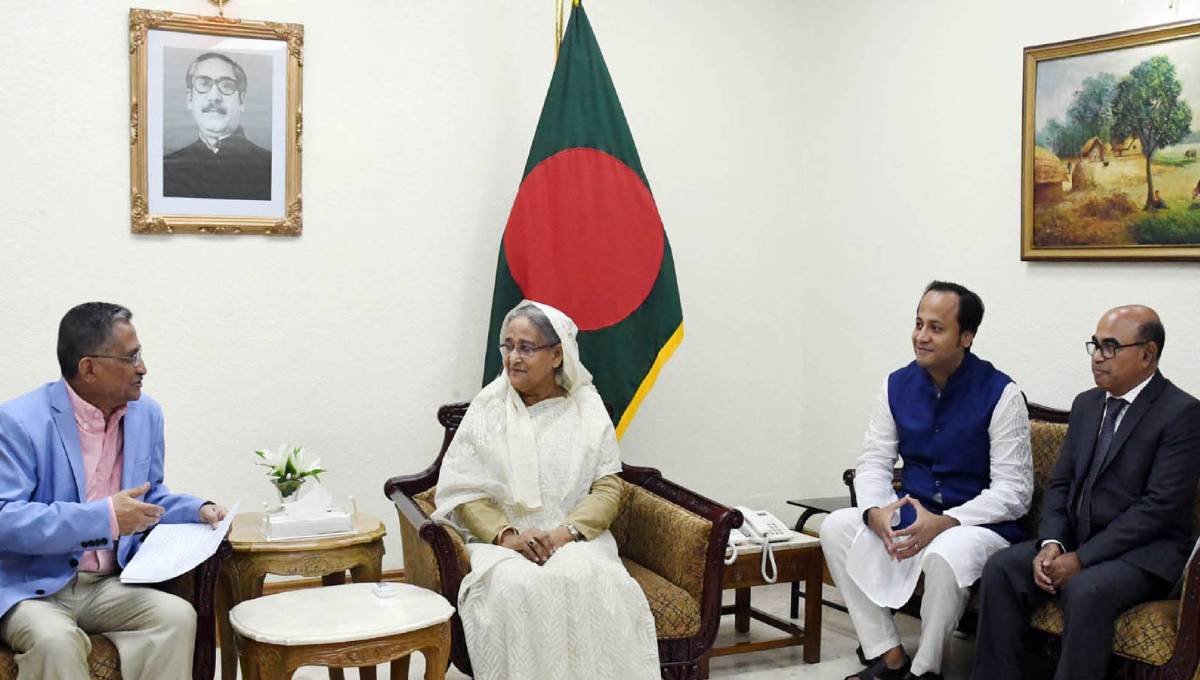 Prime Minister Sheikh Hasina on Thursday directed the University Grants Commission (UGC) not to go beyond the rules in case of overseeing both public and private universities.

“Don’t go beyond the rules. Follow them properly,” she said when an UGC delegation, led by its Chairman Professor Dr Kazi Shahidullah, met her at her office in the city.

Sheikh Hasina said the UGC will be empowered by enacting law. She directed the UGC to strengthen the capacity of the commission and monitor the colleges affiliated with the public universities.

The UGC delegation informed the Prime Minister about the activities and development of the apex body entrusted with the responsibility of overseeing the higher education in the country.

Prof Shahidullah said there are now 155 public and private universities in the country, but the manpower of UGC remain unchanged. So, the manpower of the UGC needs to be increased to deal with the large number of the institutes.

He also informed the PM that the UGC has prepared the research policy.

He said they want a training academy for the teachers like Public Administration Training Academy (PATC).