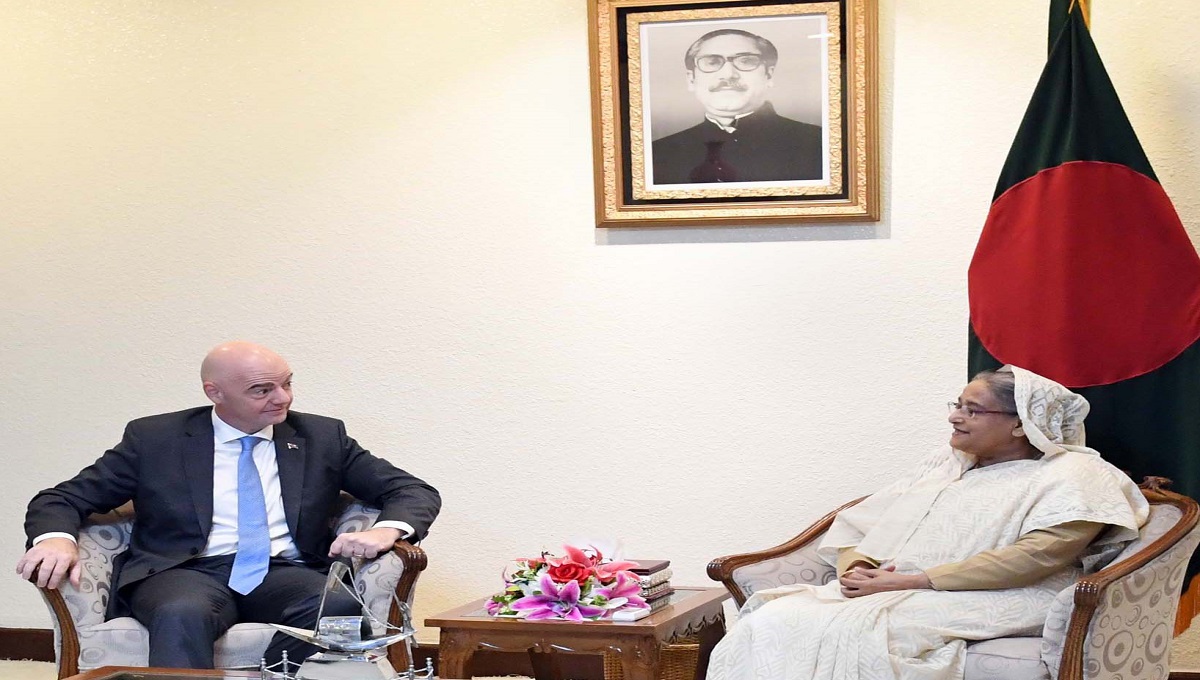 FIFA President Gianni Infantino on Thursday said the Federation of International Football Association (FIFA) will continue its support for the promotion of Bangladesh football.

He said this at a meeting with Prime Minister Sheikh Hasina at her office.

The FIFA President said he is happy seeing the performance and improvement of Bangladesh football.

He suggested the Bangladesh Football Federation to maintain contact with FIFA continuously.

The Prime Minister said the government is constructing 492 mini-stadiums at sub-district-level across the country for the promotion of games and sports.

She said primary school-level sports competitions are arranged for both boys and girls in Bangladesh so that more and more children become interested in games and sports.

The Prime Minister said her family members were involved in sports and games and her brother Sheikh Kamal was the founder of sports club Abahani Kriyachakra.

Gianni Infantino, leading a five-member FIFA delegation, arrived in Dhaka in early hours of Thursday on a day-long visit responding to an invitation of Bangladesh Football Federation (BFF).

Infantino is the third FIFA President to visit Bangladesh after Sepp Blatter and Joao Havelange.