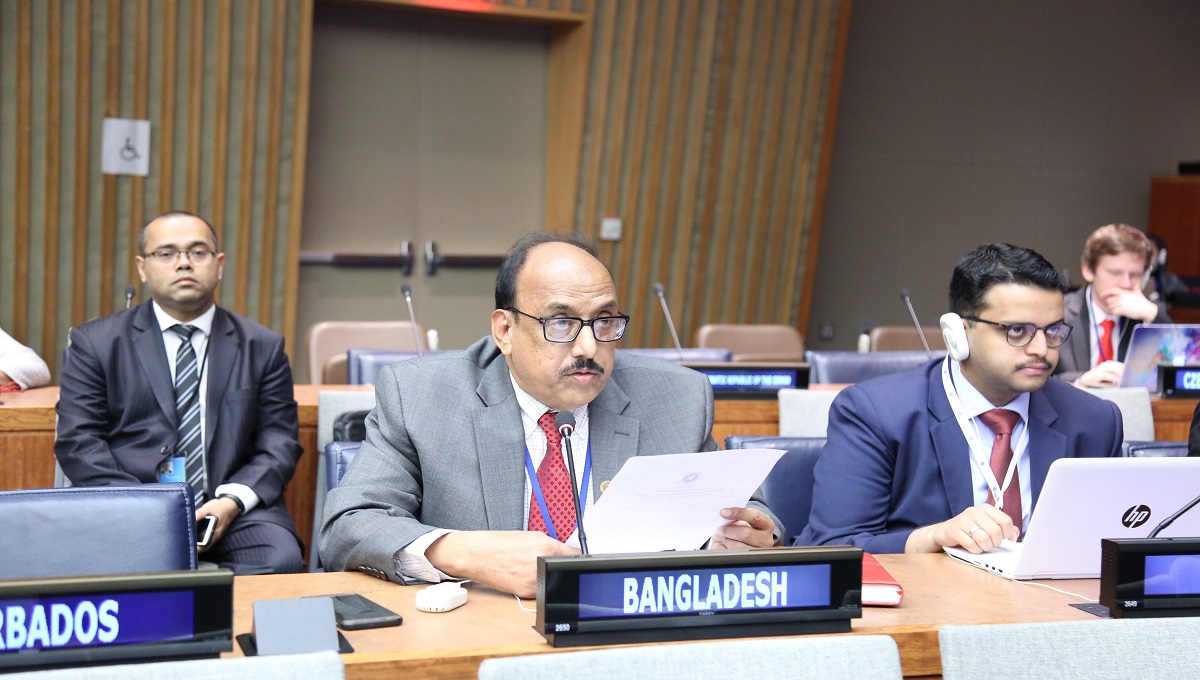 Bangladesh has lauded the commendable role played by the UN over the last seven and half decades in changing the map of the planet through the wave of decolonisation.

“Having ruled by the colonial masters for almost two centuries, Bangladesh deeply feels the pain of peoples under foreign occupation and colonial subjugation,” said Abdul Majid Khan MP at the general debate on decolonization under the 4th committee of the 74th session of the UN General Assembly at the UN headquarters recently.

He is now visiting New York for participating in the activities of several committees under ongoing 74th UNGA, said the Permanent Mission of Bangladesh to the United Nations on Thursday.

He mentioned the constitutional obligation of Bangladesh to extend nation’s unequivocal support for ‘oppressed peoples throughout the world waging a just struggle against imperialism, colonialism or racialism.’

“This was echoed in the maiden speech by our Father of the Nation Bangabandhu Sheikh MujiburRahman at the UN General Assembly in 1974, and we therefore, have always been supportive of the aspiration of peoples under colonial domination to exercise their right to self-determination in accordance with the UN Charter and relevant UN resolutions”.

Majid Khan commented that still there are 17 non-self-governing territories around the world that are striving for relief from colonial subjugation.

He said to finish this ‘unfinished business’ the UN Special Committee on Decolonization (C-24) must continue to work towards meaningfully addressing the challenges faced by peoples of non-self-governing territories and territories under foreign occupation in their legitimate political, economic, social and educational advancement.

Majid Khan expressed high hopes that the UN in line with the principal objectives of 2030 Agenda will leave no stone unturned to discharge its mandate for achieving the goal of leaving no territory under colonial rule.

He urged the administering powers to extend their full support and cooperation and reminded them about their responsibilities under UN charter, and relevant UN resolutions for promoting advancement of people in the non-self-governing territories.