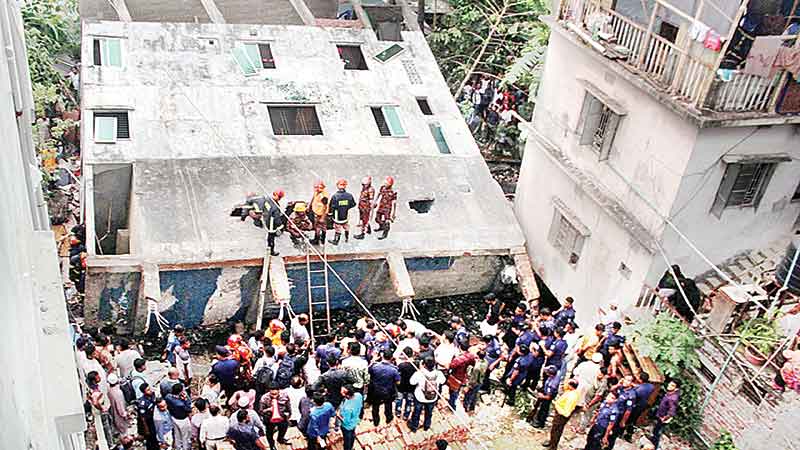 The body of a schoolboy was retrieved while seven others were injured after a four-storey building collapsed in Babubail area of the city on Sunday afternoon.

The deceased was identified as Shoeb, 7, a student of grade VI.

Witnesses said the building caved in around 4:30pm with a loud bang.

Deputy Assistant Director of Narayanganj Fire Service and Civil Defence Abdullah Arefin said they pulled out the body from the debris and later rescued seven others who were trapped inside the building.

The building was constructed two years ago on a canal reportedly without following the building code, said locals.

Six firefighting units along with divers operated the rescue operation which was officially concluded around 7:30pm, he said.

The injured were sent to the Sadar Hospital for treatment, he added.