Hydrogen balloon likely to get ban 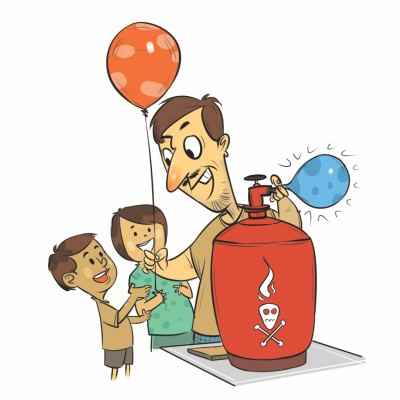 The Department of Explosives is seeking a ban on the use of hydrogen to inflate balloons and arrest vendors who use the gas.

The department made the recommendations in a report it is submitting to the power, energy and mineral resources ministry on Wednesday following the deadly blast of a gas cylinder used by a vendor to inflate balloons in Rupnagar area of Dhaka city.

The blast near a slum a week ago left seven children dead and at least a dozen injured.

Police arrested the injured vendor Abu Sayeed and started a case against him on culpable homicide charges.

The explosion occurred as the vendor was brewing hydrogen in an unapproved manner, explosives department officials said.

An investigation committee, which had been formed following the explosion, has prepared a report, Shamsul said and added he would forward it to the ministry on Wednesday.

Measures will be taken to raise public awareness to prevent recurrence of such incidents, he said.

“Police will be alerted so that such vendors are arrested,” the explosives department head said.

He also said the department would recommend a ban on hydrogen balloon and use of halogen instead.

“We are prioritizing awareness among the parents most,” he said. The department had earlier written to the local administrations to prevent balloon vendors from making hydrogen themselves.