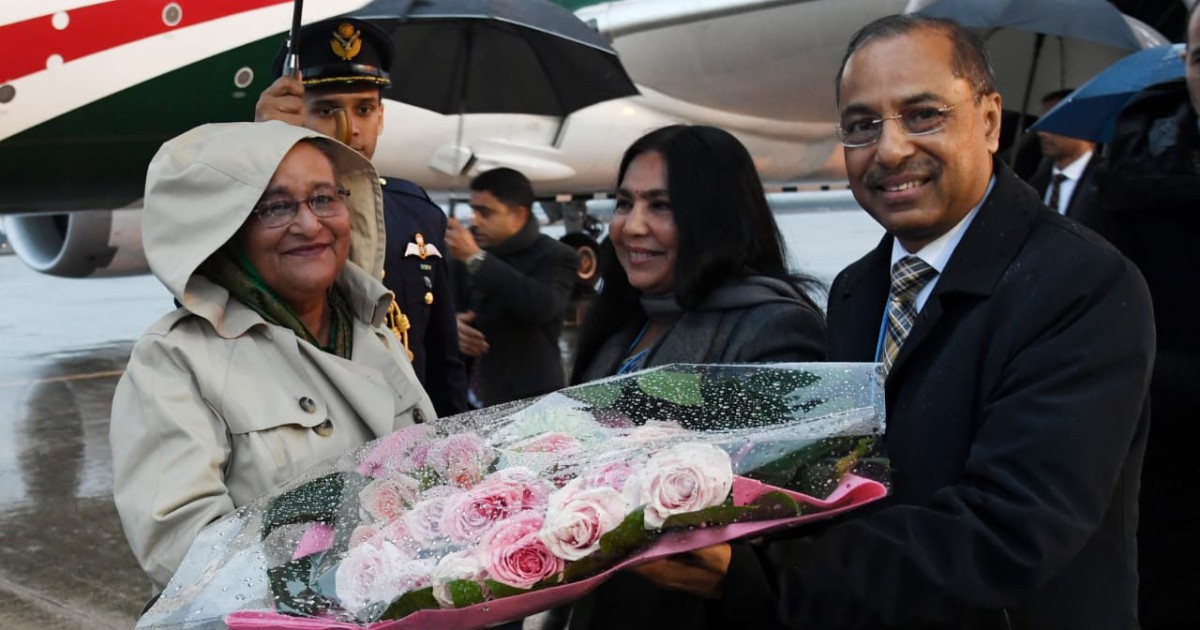 Prime Minister Sheikh Hasina arrived here on Sunday to attend the 25th session of the Conference of the Parties (COP25).

The world’s annual climate summit, COP25, will be held in Madrid, the Spain’s central capital, on December 2-13 under the UN framework convention on climate change.

A special flight of Biman Bangladesh Airlines carrying the Prime Minister and her entourage landed at Madrid Torrejon Airport at 5:40pm (Local time).

Ambassador and Permanent Representative of Bangladesh to the World Tourism Organization Hassan Mahmood Khandker received the Prime Minister at the airport.

Earlier, the flight took off from Hazrat Shahjalal International Airport in Dhaka at 10:15am (Bangladesh time).

On Monday morning, the Prime Minister will attend the inaugural ceremony of the COP25, its general roundtable titled ‘National Plans to Increase Ambition by 2020’ at Feria de Madrid (IFEMA).

After attending the official luncheon, she will again participate in the working session of the COP25 – Dialogue between governments and civil society titled Enhancing Action Together’—in the afternoon.

On the sidelines of the climate summit, Sheikh Hasina will have meetings with Prime Minister of the Netherlands Mark Rutte and Spanish President Pedro Sánchez here.

Later in the evening, she will attend the reception to be hosted by the King and Queen of Spain at the Royal Palace.

On December 2, the Prime Minister will deliver her speech at Heads of State and Government Summit highlighting climate change and Bangladesh’s position.

On Monday morning, she will leave Madrid by a special flight of Biman Bangladesh Airlines. Ambassador and Permanent Representative of Bangladesh to the World Tourism Organization Hassan Mahmood Khandker will see her off at the airport.

The flight is scheduled to land at Hazrat Shahjalal International Airport at 12:40am (Bangladesh time) on Wednesday.