Local population at risk in Cox's Bazar for presence of Rohingyas: TIB 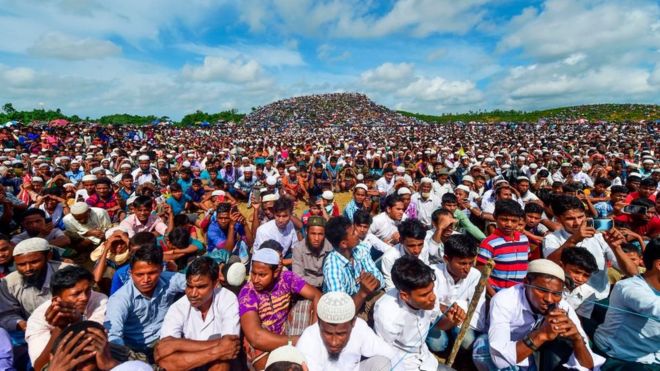 Expressing its concern over the long-term impact of Rohingya presence, Transparency International Bangladesh (TIB) on Thursday said the local population is facing various risks due to delay in Rohingya repatriation process.

TIB Executive Director Dr Iftekharuzzaman said, "It's evident from data that economic, social and environmental risks (for the local population) have increased ."

The findings were unveiled at a press conference on TIB research titled 'Forced Displaced Myanmar (Rohingya) Citizens' Position in Bangladesh: Challenges and Ascension to Good Governance' was held at Midas Center in the city's Dhanmondi.

According to the research, 63.2 percent of the population in Cox's Bazar are Rohingyas and 34.8 percent are local Bangladeshi residents which is a key factor behind increased social risks.

The research result also noted that the local workforce are getting less scope of employment because the Rohingyas are working at a cheaper rate.

Local government hospitals need to spend more than 25 percent of the total resource on Rohingya population which is disrupting the medical care of the local population.

TIB research also indicate that drug trafficking, women trafficking, prostitution are on the rise with increasing risk of social degradation in Cox's Bazar.