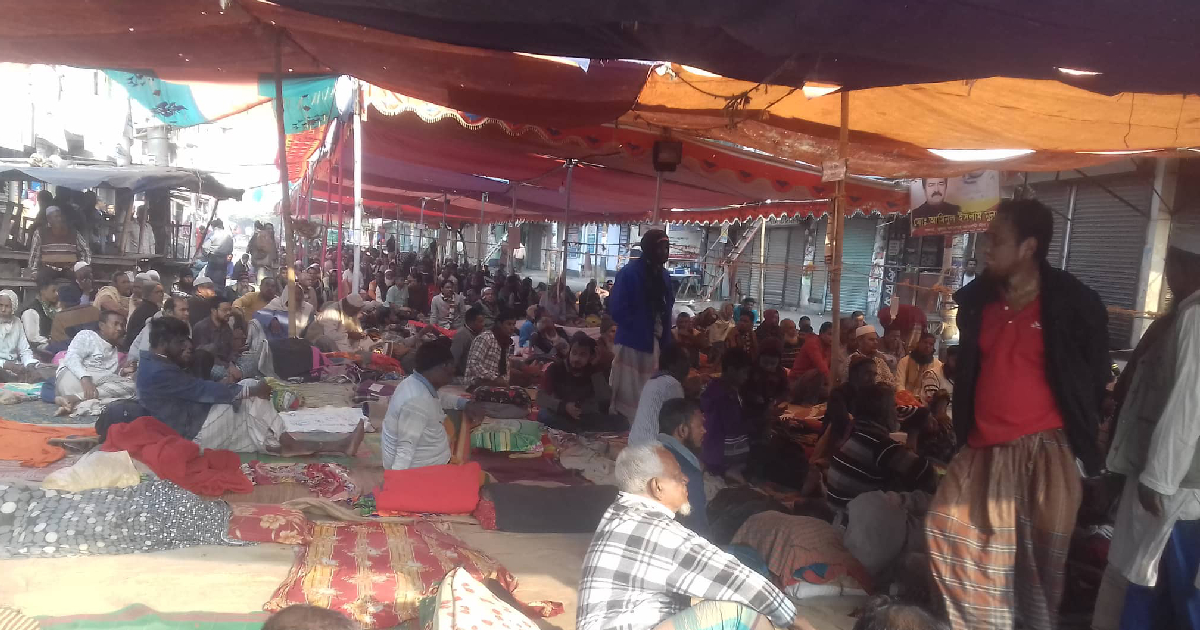 A number of workers of nine state-owned jute mills in Khulna and Jashore fell sick on Thursday as their fast-unto-death continued for the third consecutive day.

Most of the workers who fell sick were taken to Khulna Medical College Hospital in the morning.

Khalilur Rahman, joint convener of State-Owned Jute Mill CBA and Non-CBA Sangram Parishad, said the workers fell sick due to cold and hunger. “Of them, 25-26 got admitted to the hospital while the rest were given saline at the spot,” he said.

Rahman said a meeting was held with State Minister for Labour and Employment Begum Monnujan Sufian at her residence on Wednesday night. Sufian asked the workers to postpone their strike until December 15.

“The workers rejected her call and vowed to continue protest until their demands are met,” he added.

Production at nine state-owned jute mills remained suspended since Tuesday when the workers went on strike. An estimated 50,000 workers of Star, Platinum, Crescent, Alim, Eastern, Daulatpur and Khalishpur jute mills in Khulna and JJI and Carpeting jute mills in Jashore have joined the protest.

They are trying to force the government to accept their 11-point demand that include implementation of the wage commission, payment of regular wages, cancellation of public-private ownership of mills and allotting necessary fund for jute sector.

The workers said they were not paid regularly and were forced to come out on the streets demanding improvement of the situation.