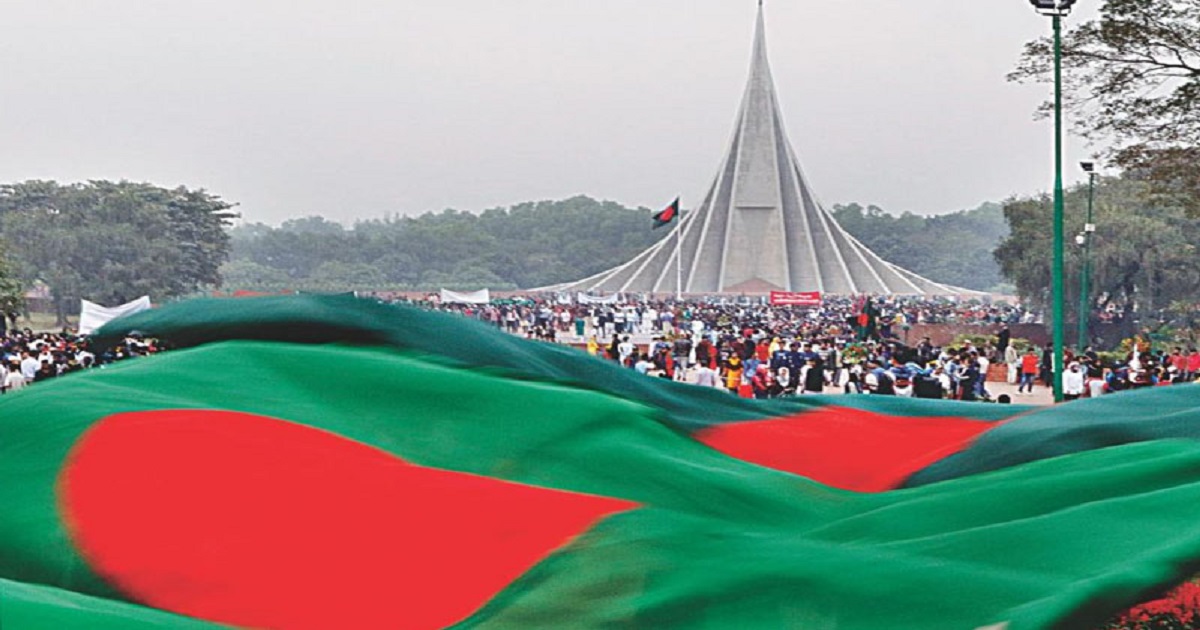 Bangladeshis at home and abroad are celebrating Bangladesh’s 49th Victory Day paying deep homage to the martyrs who laid down their lives for the country during the Liberation War.

Bangladesh was born as an independent country on this day in 1971 when the Pakistani occupation forces surrendered after a nine-month bloody war in which three million people sacrificed their lives and hundreds of thousands of women were dishonoured.

Along with the government, socio-political, educational and cultural institutions and organisations have chalked out programmes to celebrate the day.

President Abdul Hamid and Prime Minister Sheikh Hasina paid tributes to the martyrs of the Liberation War by placing wreaths at the National Mausoleum in Savar with the rise of the sun.

They were followed by freedom fighters and their family members, foreign diplomats, leaders of Awami League and different political and social organisations and people from all walks of life.

The national flag was hoisted atop government, semi-government, autonomous and private offices across the country.

The day is a public holiday. National dailies will bring out special supplements on the occasion.

State-owned and private television channels and radios are broadcasting month-long special programmes highlighting the significance of the Liberation War.

As part of the day’s programmes, a colourful parade is scheduled to be held at the National Parade Square at Sher-e-Bangla Nagar in the morning. President Abdul Hamid will take salute and inspect the parade as the chief guest while Prime Minister Sheikh Hasina will also be present.

Special prayers will be offered at mosques, temples, churches, pagodas and other places of worships seeking divine blessings for the peace and progress of the country.

The President will accord a reception to freedom fighters at Bangabhaban in the afternoon.

Receptions will be accorded to freedom fighters and family members of martyrs at city, district and upazila levels.

Destitute children are allowed to visit the children park in the capital on the day for free. Improved diets will be served in jails, hospitals, and orphanages across the country.

In his message, the President said there is no alternative to coordinated efforts to reach the benefits of independence, attained through the sacrifice of millions of martyrs, at people's doorstep.

“Let us make more contributions from our respective positions in implementing the spirit of War of Liberation and take the nation towards a prosperous future. Let our country turn into 'Golden Bangla' as dreamt of by our Father of the Nation Bangabandhu Sheikh Mujibur Rahman through our sincere efforts, it is my expectation on Victory Day,” he said.

In her message, the Prime Minister called upon all to play due roles to accelerate development, uphold democratic polity and establish good governance frustrating all sorts of conspiracy against democracy and the government being imbued with the spirit of the Liberation War.

“We’ve been working to make Bangladesh a middle income country by 2021 and a developed-prosperous one by 2041. Bangladesh is moving ahead, it will keep on doing so,” she said.